This article will discuss the meaning and examples of a snow leopard tattoo.

What does the snow leopard symbolize?

Leopard is a majestic, large cat that lives mainly in mountainous snowy areas. His middle name is irbis. In ancient times, this cautious beast rarely appeared in the eyes of a person, and if it happened to be met, it was considered a divine blessing. Often, the snow leopard was associated with heroism and magic. This is where the modern meaning of the tattoo comes from. Nowadays, the snow leopard on the body symbolizes nobility and the defense of justice.

The inhabitants of the Siberian regions still keep stories where the snow leopard is shown as a heroic force. Warrior, guard, protector - this is how the snow leopard was imagined from ancient times.

What does a leopard mean on a girl's body?

As mentioned earlier, the snow leopard is a rare and unique animal. Most likely, a woman with a similar tattoo wants to emphasize her uniqueness, different from others, like a snow leopard, which is not like other felines. Often, the fair sex with this pattern has the grace of a cat, but can become cute and give affection if they want.

If the snow cat is depicted as cute and fluffy, this speaks of the softness and kindness of the woman. In life, she shows some softness, but in case of danger she becomes fearless, ready to stand up for dear people.

What does the leopard mean on the body of men?

Men who choose a leopard tattoo are often careful, patient, and prefer to stay aloof. But at the right time, they are ready to release their claws, and then let the enemies beware that threaten the relatives and friends of such a man. Justice and nobility are their motto. Those who adorn themselves with the image of a snow leopard often do not notice minor everyday problems. They think globally, which allows them to remain romantic and positive.

More on the topic:  Dice tattoo

Body parts for a leopard tattoo

The snow leopard will look good on any part of the body, but consider the size of the image. On the back, a small picture looks ridiculous, and on the hand, most likely, it will not work out to beautifully arrange a large picture of a snow leopard. It is best to prick on:

Photo of a snow leopard tattoo on the body 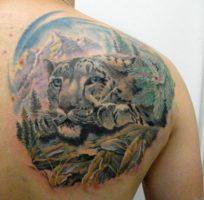 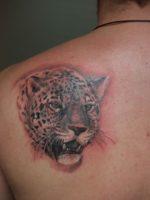 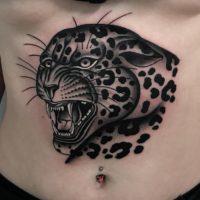 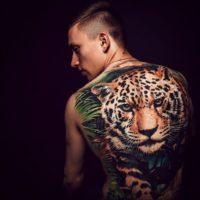 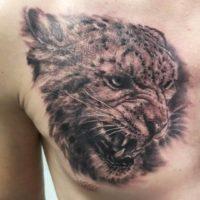 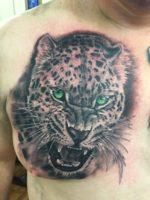 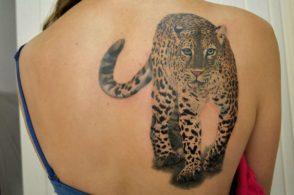 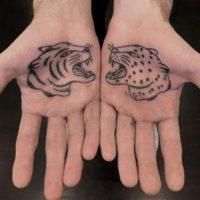 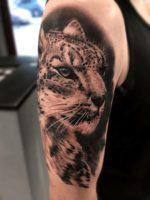 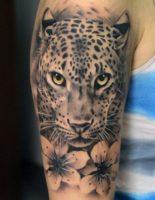 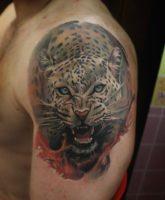 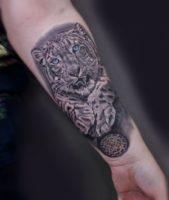 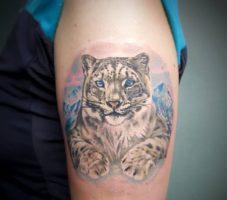 Photo of a snow leopard tattoo on the legs 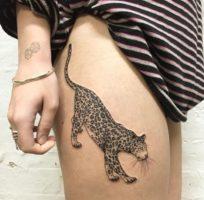 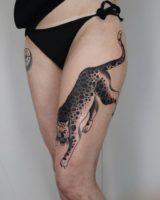 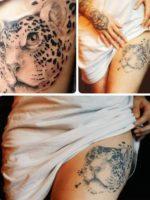 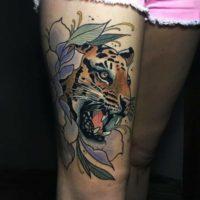 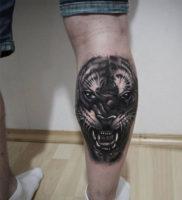 More on the topic:  Photos tattoo inscription on the foot 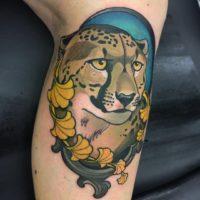