The dominant and rightfully strong god of the Greek pantheon. According to ancient legends, the creator of everything, the one who was the first to instill in people a sense of conscience and shame, showing the way to people with the help of thunder and lightning, the protector of the weak and disadvantaged.

Indeed, this character, fair and kind, but not without flaws. And if you remember the myths, then it turns out that he often punished people for their disobedience and was quite harsh and playful. His love affairs became a catalyst for wars and heroic adventures. The character has not only outstanding qualities, but also outstanding weaknesses inherent in many of us.

The meaning of Zeus tattoo

It becomes clear why he is popular as a wearable design, because he is the strongest among the strongest, and his image evokes awe and respect. Such a tattoo shows the strength of the owner, his dominant role in relations with people. Zeus had the ability to see right through people: their fates and feelings, therefore such a tattoo emphasizes the special insight of the owner of the drawing.

Another version of the interpretation of a warlike and harsh deity is loving and passionate qualities. Showing romantic traits of the wearer, however, the variant of the god of thunder is more common.

For men, this pattern emphasizes strength, leadership, dedication and discernment. Since Zeus could see fate, such an image could mean an omen or a fateful decision in life.

Women with such a tattoo can show their loving nature and inner strength.

The most common version is considered to be his image with a lightning in his hand or his divine face. There are also options with Zeus galloping on a chariot and holding a shield. He is traditionally portrayed as a 50 year old man with long hair and a lush beard.

More on the topic:  Tattoo paws

The image of such a character shows itself at its best in open places, such as:

Photo of Zeus tattoo on the body

Photo of Zeus tattoo on hands 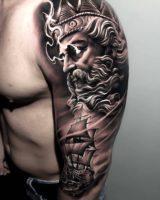 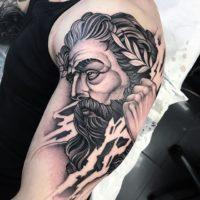 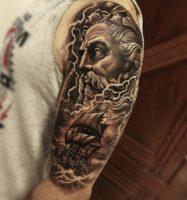 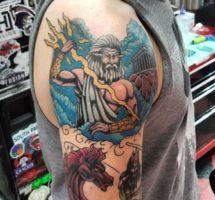 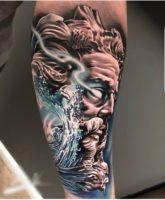 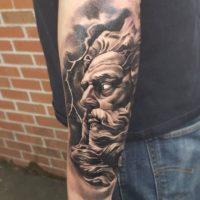 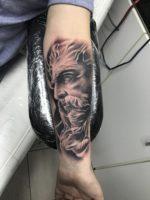 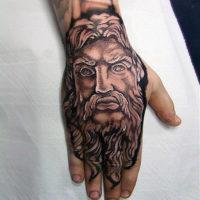 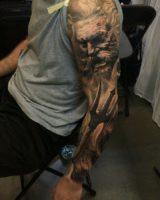 Photo of Zeus tattoo on legs 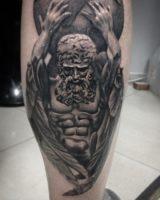 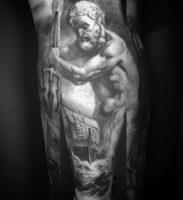 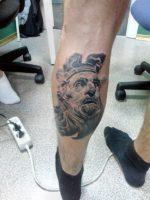 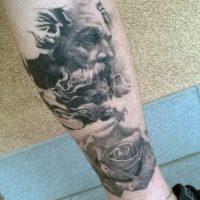 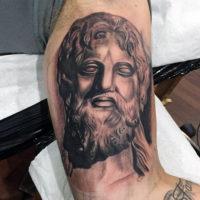 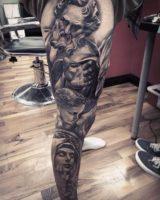 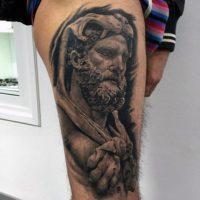