Today, one of the most popular classic tattoo styles is the oriental tattoo. A tattoo made in this style is easily striking and looks very beautiful.

Let's start with the fact that in translation from English the word "oriental" means "oriental". It is the eastern culture that has always attracted people with its grandeur and its mystery. The beauty of the famous oriental dragons and koi fish has always amazed with its gracefulness. Images of geisha and warriors occupy a special place in Eastern traditions. It is also impossible not to recall the sophistication of the oriental flora and organic fauna.

As you know, getting a tattoo on your body is a fairly popular expression of your inner world. Therefore, when choosing a tattoo in the oriental style, you need to get acquainted with the world of the East in order to understand what kind of meaning your tattoo carries.

The meaning of an Oriental tattoo for men and women

Oriental tattoos are suitable for both men and women. For example, in Japanese culture, the Lotus plant has been of great importance since ancient times. Tattoos with his pattern have completely different meanings for men and women. For males, such tattoos denote willpower and courage, at the same time for females - femininity, fragility and emphasize their grace and grace.

Many people love sakura tattoos, a symbol of mighty Japan. It is stuffed by people of both sexes. For girls, it means lightness and tenderness, and for boys, masculinity and will.

The tiger tattoo is also one of the most popular Asian motifs. Most often it is stuffed with men who want to show their courage, honor and courage. According to legends, a tiger is able to attract good luck to a person and drive away dark demons.

More on the topic:  Ultraviolet tattoos

This also includes a tattoo depicting Makatsuge, a mythical creature that looks like a fish and a dragon at the same time. This tattoo is for men only because it is a symbol of true male sexuality.

Oriental tattoos are applied to almost the entire body, excluding only some areas.

Oriental tattoo photo on the head

Oriental tattoo photo on the body 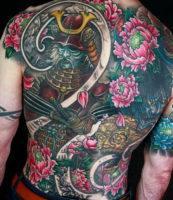 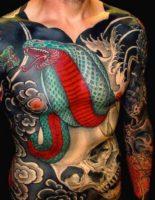 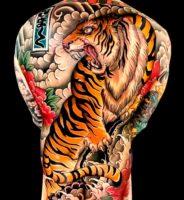 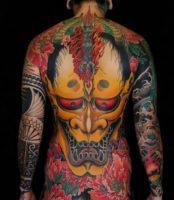 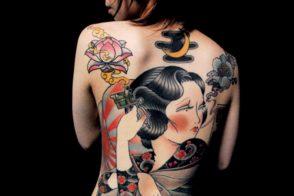 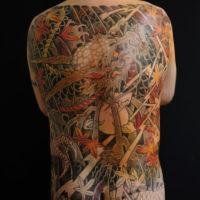 Photo of oriental tattoo on hands 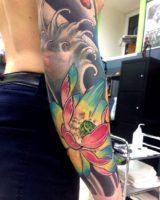 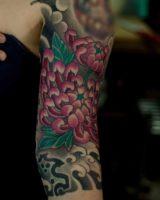 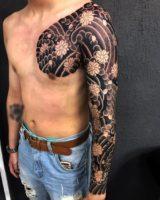 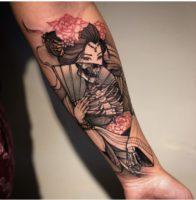 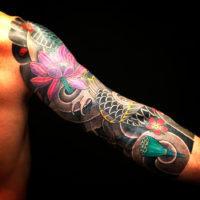 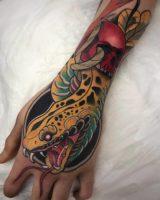 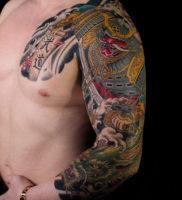 Photo of oriental tattoo on legs 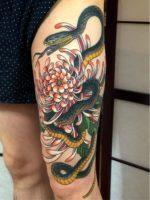 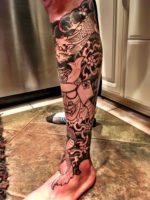 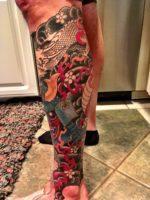 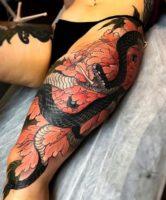 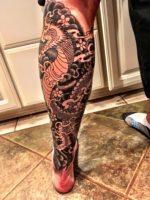 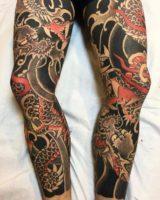