There are many symbols of freedom, they are mainly expressed through images of elements of nature. The possibility of depicting such a tattoo on your body does not depend on age, gender and other criteria. Only the inner state of a person affects: he must feel that he is free; to feel that the hardships of life do not burden him.

The general meaning of the tattoo symbol of freedom

It all depends on the way of expression. Let's take a look at the most common tattoo options.

Indicates the desire to move forward, the absence of dependence on anything.

The wings of angels and birds speak of the freedom of man from the side of the fact that he, in his opinion, has and pursues some higher goal in this world, avoiding all obstacles on the way.

Shark is the absence of fear and complete control of your own life.

Dolphin means endless fun, lots of fun. People with such a tattoo also do not pay attention to how others see them.

Horse. This is a fast beast, striving for freedom in spite of everything.

Wolf. Thus, it can be shown that a person considers freedom, including the opportunity to live alone. A flock is only a certain stage of development, which is intermediate.

Cat. As one of the most famous representatives of this family said, Matroskin from the cartoon "Three from Prostokvashino", he is "his own master." Isn't that what many people dream about?

A rose (not a plant) of the winds. The wind is one of the brightest symbols of freedom, for many these concepts are adjacent, associated with each other.

Ship. The way the ship navigates the waves looks like complete freedom of choice, unhindered movement.

Statue of Liberty. This architectural structure is the most important symbol of independence in the United States.

The inscription "freedom" is translated from English as freedom.

The meaning of the tattoo symbol of freedom for men

The guy wearing this tattoo:

The meaning of the tattoo symbol of freedom for women

Girls who wear such tattoos for the most part show their inner freedom, the ability to freely and unlimitedly think. This includes:

Where to beat the tattoo symbol of freedom

Since we are talking about freedom, it is best to depict its symbols in the appropriate: free places. These body parts include the neck and arms. This should be done so that the people around them see the freedom and independence of the bearer of such a tattoo.

Photo of tattoo symbol of freedom on the head

Photo of tattoo symbol of freedom on hands 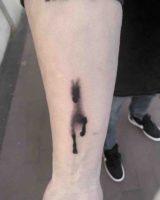 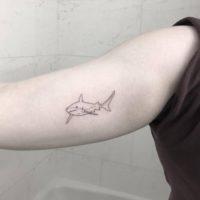 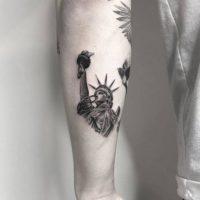 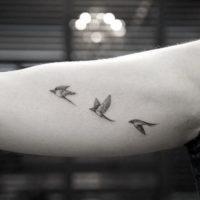 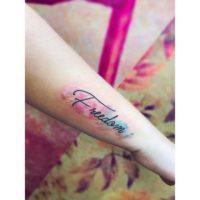 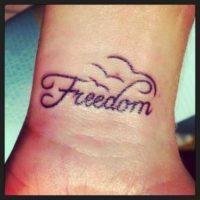 More on the topic:  The meaning of the guitar tattoo
Be the first to rate