Jason Brodie's tattoo from the game of the same name edge 3, which became a key element of the protagonist's leveling and at the same time - an eyewitness and mark of the formation and development of the hero. Let's take a look at its meaning, and who chooses such tattoos.

The history of headlight tattoo edge 3

Before getting his tattoo, the main character was an ordinary young man who went on vacation with his friends. But a blow of fate awaited him, which forced him to become a warrior and to take the warpath: the death of his brother before his eyes and the kidnapping of friends. As a sign that he was able to avoid death, he is awarded a tattoo, which means that he belongs to the great wars.

It is noteworthy that the Polynesian body painting became the prototype of such a tattoo. For the indigenous settlers of Samoa, each sign has a meaning and, as their culture says, it helps the gods to more easily distinguish them from each other.

The meaning of the headlight tattoo edge 3

Three images became the basis for the tattoo:

Each of them has a different element, habitat and characteristics.

The spider is a cunning and unpredictable sign. To build sophisticated plans and weave intrigues against his enemies is in the order of things for him. In life, this can be imagined as waging war not by force, but by mind.

The heron is a free bird, meaning the search for balance and the pursuit of the intended goal. Such a sign will give confidence and firmness to the pursuit of their task. Together with the rest of the signs, she will strive for a balance of all attached and signifying qualities.

The shark is the most belligerent sign of the presented. If a spider fights remotely and without risk, then for a shark a brutal direct battle is the main element. As a shark cannot survive without the cruelty necessary for survival, so the main character, that to save his friends and survive on his own, has no choice but to become a more cruel predator than his enemies.

To walk on the hero of the headlights, edge 3 of the tattoo must be done on the forearm of the right or left hand (in the game, the tattoo is on the left hand).

But if we proceed from Polynesian tattoos, then any place can be used:

Photo of headlight tattoo edge 3 on the body 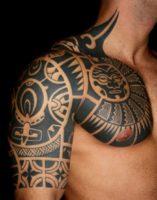 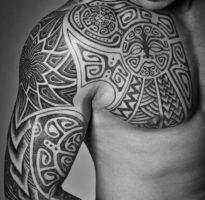 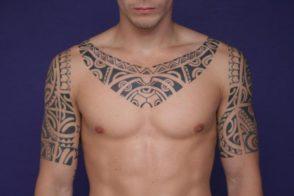 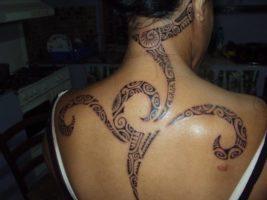 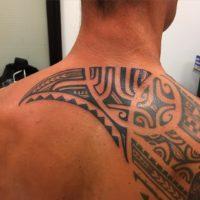 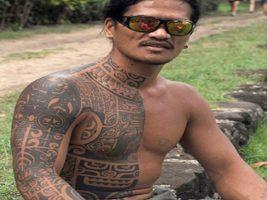 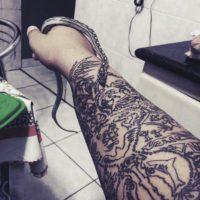 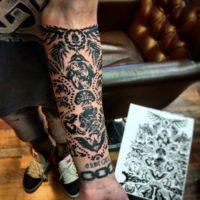 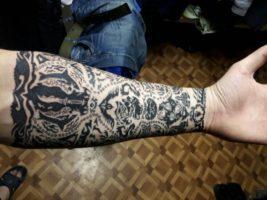 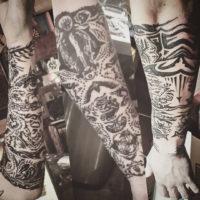 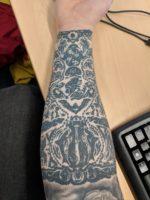 More on the topic:  Praying hand tattoo with cross 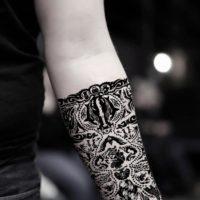 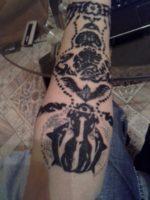 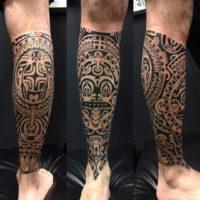 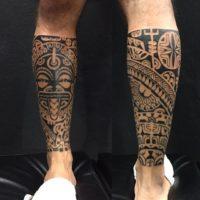 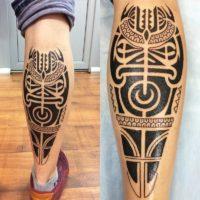 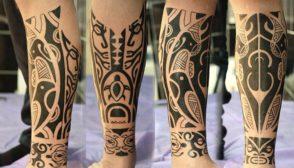 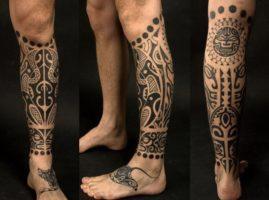 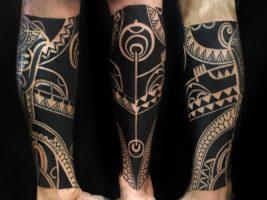 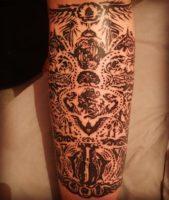 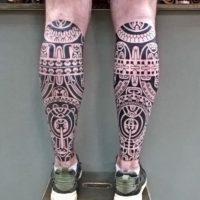