To begin with, the image of the black sun is one of the most ancient signs dedicated to God. This solar sign originates in the Slavic and Scandinavian ancestral culture. At first, the black sun was depicted as a circle, in which a dozen runes were located. However, more and more often these days you can see stylized images that have already departed from the canon.

It is known that the sun is a powerful amulet that protects against bad looks, problems and all evil spirits. According to beliefs, the dark luminary is a gloomy twin brother of our usual luminary in another world - in the world of dead souls, it is this sun that illuminates the way for wandering spirits.

The black sun is also associated with the ancient Slavic deity of light - Svarog. It is believed that he was the father of all living things, as well as a blacksmith. That is why this symbol denotes unity with our world, space. It also implies the omnipotence of God.

A tattoo depicting a black sun personifies the connection of its owner with his ancestors. They say that the dark sun takes away all his lies and stinginess from the human soul, leaving only sincere intentions, purity and innocence. It can be noted that such a tattoo will help its owner achieve recognition. However, if the motives are evil, then this sign contributes to the destruction of life.

The meaning of the black sun tattoo for men

A tattoo depicting a black sun personifies the masculine principle, the desire for change, for the development of personality. For males, this tattoo means:

More on the topic:  Tattoos on the eyelids

The meaning of the black sun tattoo for women

A tattoo depicting a black sun can often be found among the fair sex. Often, girls opt for the option with the moon in conjunction with the sun.

For women, this tattoo symbolizes:

Black sun tattoos can be seen on many parts of the body: 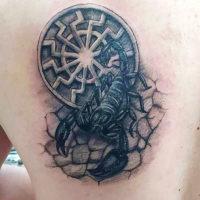 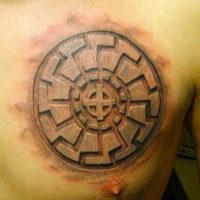 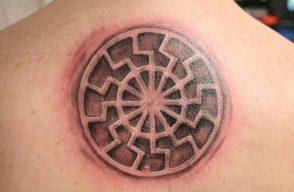 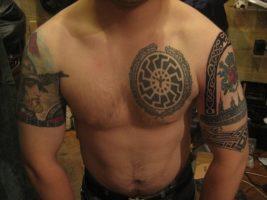 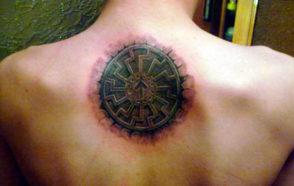 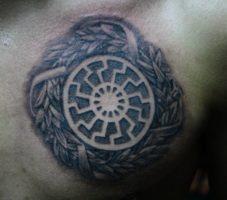 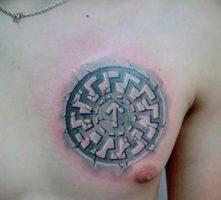 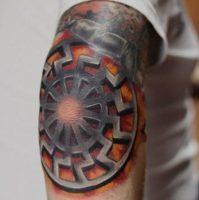 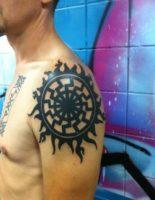 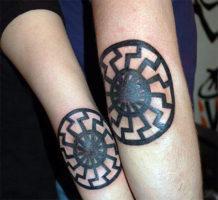 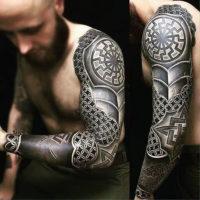 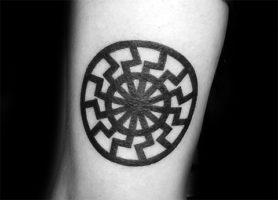 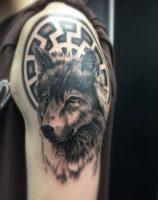 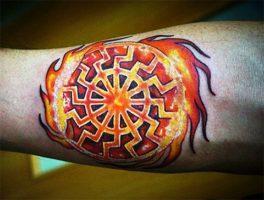 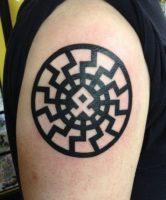 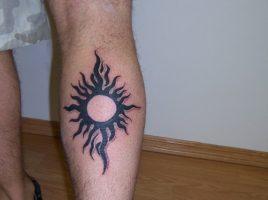 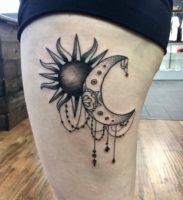 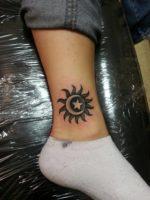 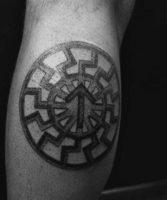 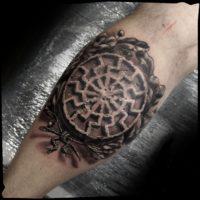 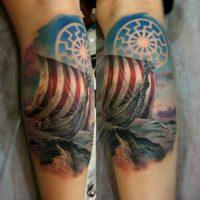