Today, fewer and fewer people think about the meanings of certain paintings, while each of them carries a certain semantic load. For example, a bicycle tattoo is favorite object among those associated with cycling.

Owners of modern bicycle transport, purchasing it, as a rule, do not set any serious goals for themselves. But only those for whom the bicycle is an object of special attitude, friend and object of care, can quite responsibly and consciously make themselves a tattoo depicting this vehicle.

Such a picture can be a source of pride for both men and women, and it means that a person belongs to the cycling aristocracy, that is, it is directly related to the peculiar cult of this two-wheeled assistant and friend.

The most popular style of bicycle tattoo is retro. In other drawings, it can have a very simple, even somewhat schematic representation. At the request of the client, the craftsmen can depict a carefully drawn cycling composition, distinguished by precise small details.

In a broad sense, the meaning of a bicycle tattoo is freedom. He can even be depicted with wings. Naturally, most of the owners of such a tattoo do such things with a fair amount of humor. This is a fairly easy plot that does not burden or burden the owner with any special energy that can be expected, for example, from a tattoo with a Japanese carp.

Photo of bike tattoo on body

More on the topic:  Labyrinth Tattoo

Photo of bike tattoo on hand 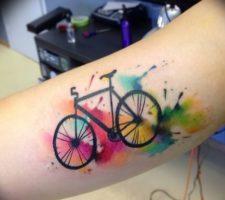 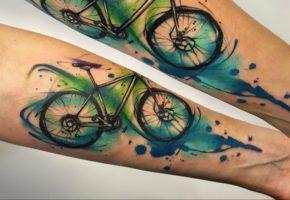 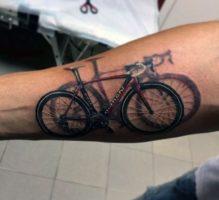 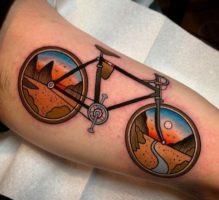 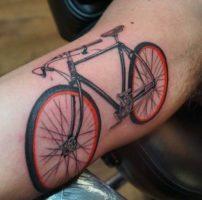 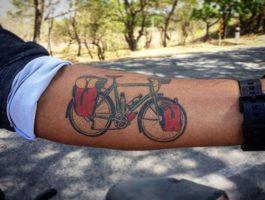 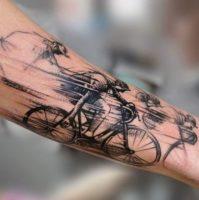 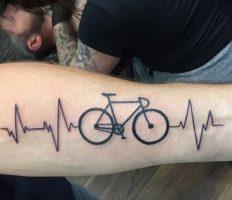 Photo of bike tattoo on leg 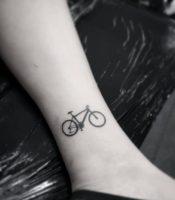 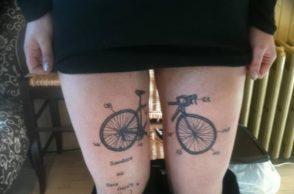 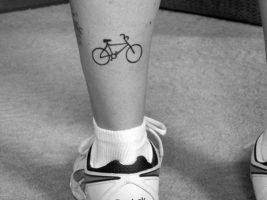 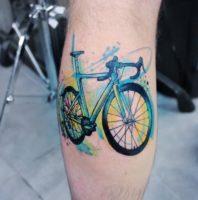 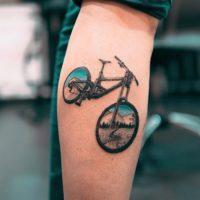 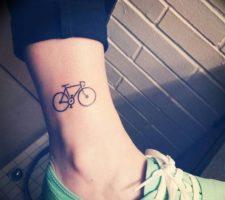