Let's take a look at the popular Witcher tattoo in the universe of Andrzej Sapkowski, which is filled with a motley fauna and style.

Who is this tattoo suitable for?

If earlier the Witcher was widely known for the book saga of the same name, now, thanks to the success of the computer game and the series based on it, only the lazy has not heard of him. Ardent book fans and gamers often choose just such a tattoo, thus expressing their love for the series. The world of The Witcher is filled with the most fantastic and unthinkable creatures, but still the main attention is focused on the main characters: Cyril, Geralt, Yennefer. It is they who are chosen by fans of the fantasy world.

Witcher tattoo for men and women

Such tattoos are primarily done as a sign of sympathy for the Witcher universe. However, some tattoo options can emphasize the features that the drawing carries. For example, the image of Geralt, carrying noble character traits: fearlessness, willpower, good nature; or Cyril, who had a strong and willful character; or Yennefer, who has a fatal beauty and a heavy temper.

Among girls, tattoos in the Witcher universe are not in great demand, but connoisseurs of this theme choose the same drawings.

The most popular options for drawings are presented in the form of portraits made in color. Often portraits are made in pairs with another person. Given the rich world, there are a lot of pictures that can be depicted.

Men often choose images in the profile of the favorite hero of the series - Geralt, and very often against the background of monsters.

More on the topic:  Vegvisir tattoo

Another popular option is the steel witcher medallion, which can be decorated with "magic" signs.

In the Witcher, magic signs similar to runes can be separated into an independent drawing. They depict both one separate sign and their combination.

In a separate cohort, you can highlight the image of monsters in a dark, authentic style, which look spectacular in black and white.

The most popular places are:

Photo of the witcher tattoo on the head

Photo of the witcher tattoo on the body 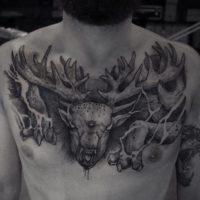 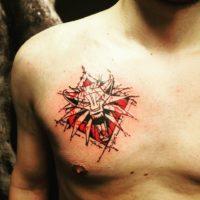 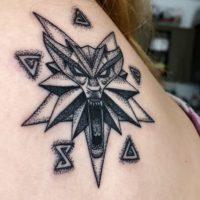 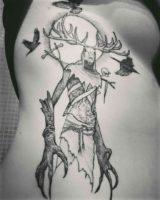 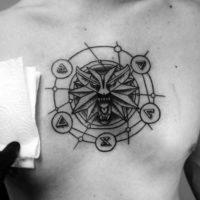 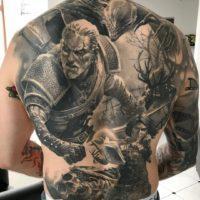 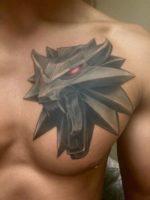 Photo of the witcher tattoo on the hands 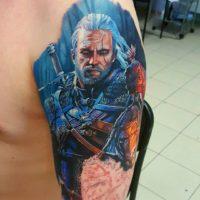 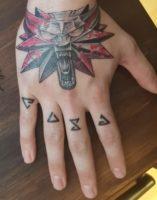 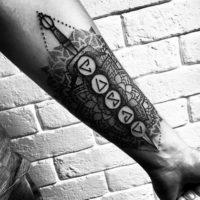 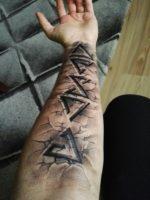 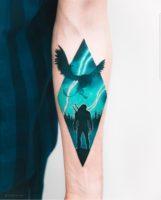 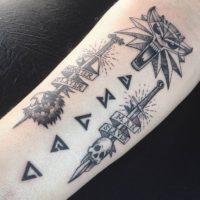 Photo of the witcher tattoo on the legs 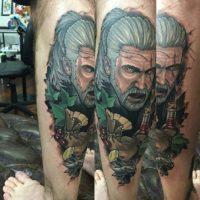 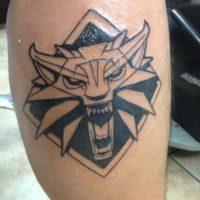 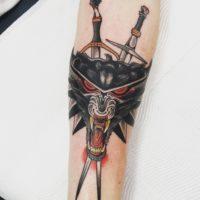 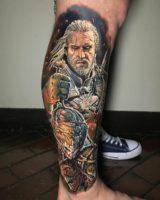 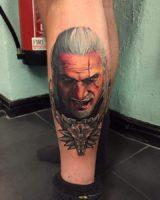 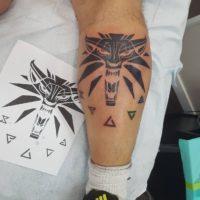 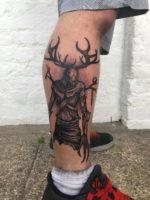 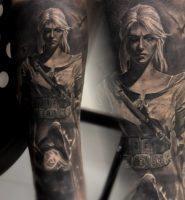