The word anarchy comes from the Greek language and means independence, not subservience, anarchy. In its modern form, it has become a form of expression against the political system. However, in Russia he was associated with a political party over 100 years ago. Her motto was anarchy - this is the mother of order. This expression is still found in Russian punk culture.

In Western society, the sign of anarchy has become widespread thanks to rock bands. In their tests, they expressed protest against the cynical policy of all countries, when a person individually means nothing to the state, but only society as a whole has value.

The meaning of anarchy tattoo

Confrontation and disagreement with the political system. Denial of the usefulness of elite politicians who have been in leadership positions for generations. Involvement in the subculture: punks, rockers, bikers. Expression of struggle and confrontation with stagnant systems and values.

People who are prone to self-expression and have their own view of things. And also musicians, for example, Mikhail Gorshnev, who show their struggle against the decayed system, chaos and inconstancy.

Men thus show their active position against power, open expression of their opinions, the transition and adoption of new beliefs, the fight against labels, personal freedom and adherence to their beliefs.

Girls with such tattoos show that they do not have ancient and outdated prejudices, an independent and free nature, an active life position.

Of course, the most common and massive option is the letter A, bordered by a circle. But to them can be added weapons showing the warlike subtext of disagreement, skull, bones.

As a rule, he does not have a specific requirement for the location, and you can fill in wherever you please:

Photo of anarchy tattoo on the head

Photo of anarchy tattoo on the body 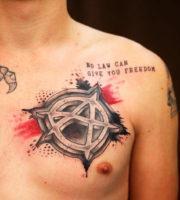 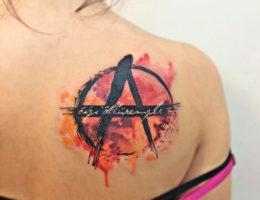 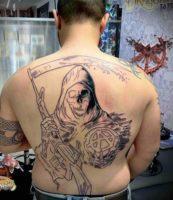 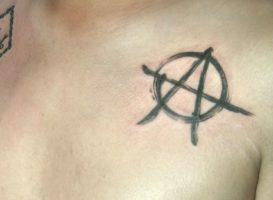 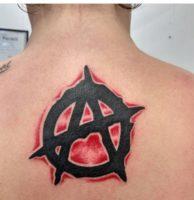 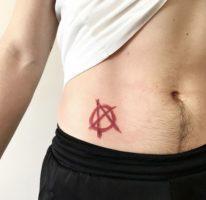 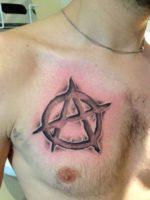 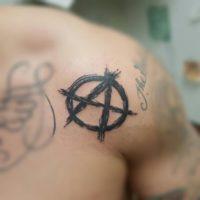 Photo of anarchy tattoo on hands 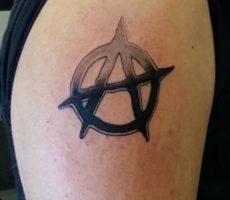 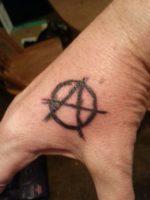 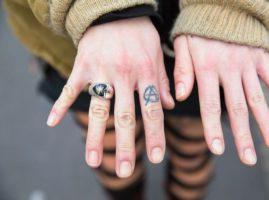 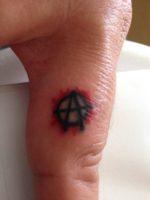 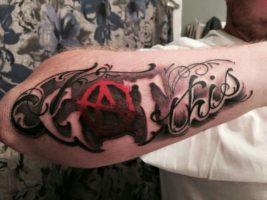 Photo of anarchy tattoo on legs 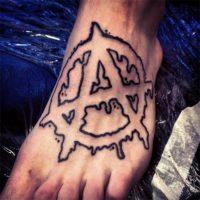 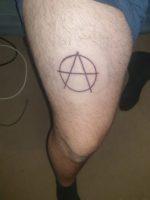 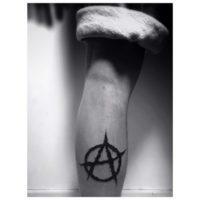 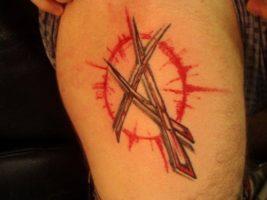 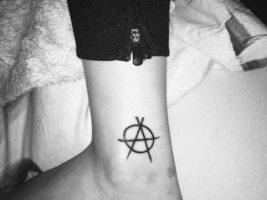 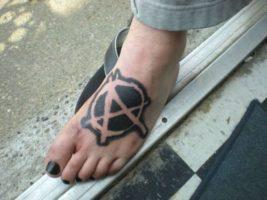