The industry of body art has grown to a large scale, now it is difficult to choose the right tattoo from this mass. A lot of styles: from minimalism to elaborate, photographic portraits; various sizes: from a small inscription on the phalanx of the finger, to a tattoo on the entire back; many options for filling: black and white, classic or fully colored.

To make it easier to pick up and determine if you need a tattoo of three triangles, read the material below.

The meaning of the three triangles tattoo

The triangle is a combination of the three dominant substances in the world, in some religions it is a triad, in others it is a holy trinity. Often three subjects are interpreted as:

Therefore, such a combination means the spiritual balance and poise of the wearer. Deeper symbolism means cyclicality and continuous movement. A person who has such a tattoo understands the fleetingness of his life, that its course, order and law cannot be overcome. As a clock wound once, they run their course until they finish their journey.

The meaning of the three triangles tattoo for men

For the stronger sex, isosceles triangles are depicted with their vertices upward and signify the masculine and divine principle.

The meaning of the three triangles tattoo for women

For girls, triangles are applied with the tip up and have the meaning of fertility, wisdom and female nature.

More on the topic:  Variety of choice of giraffe tattoo

If the image of the eye is added to the triangle, then it acquires the symbolism of free thought, equality, independence. By adding a circle to the inside of the triangle, the meaning of higher intelligence is created.

Three triangles tattoo is a small and compact image, so it is better to apply it on an open, small area:

Photo of a tattoo of three triangles on the head

Photo of a tattoo of three triangles on the body 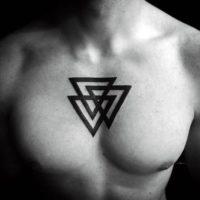 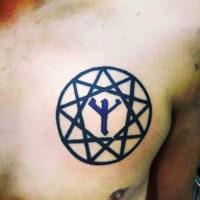 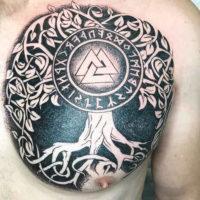 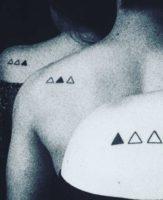 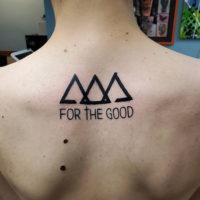 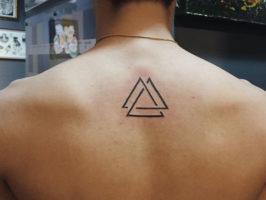 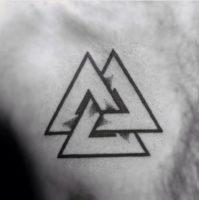 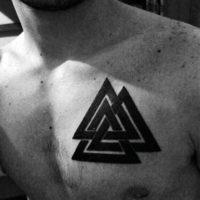 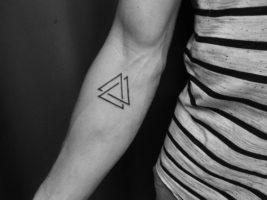 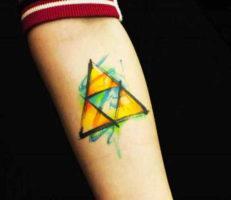 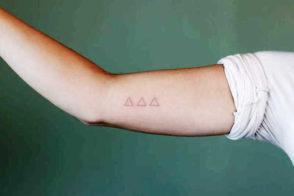 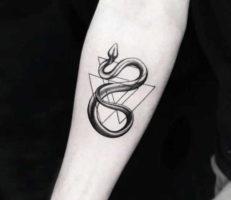 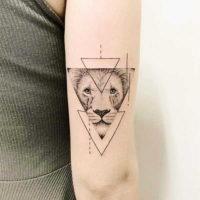 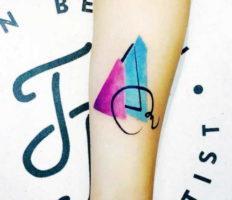 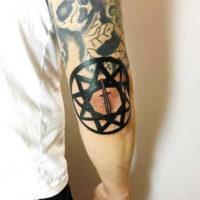 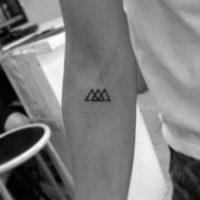 Photo of a tattoo of three triangles on the legs 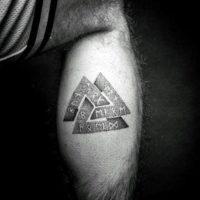 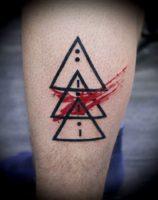 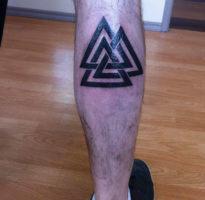 More on the topic:  What does the Star of David tattoo mean? 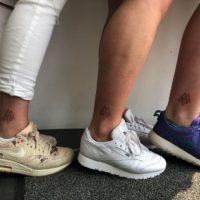 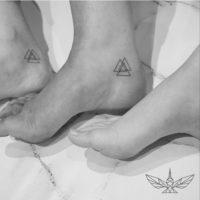 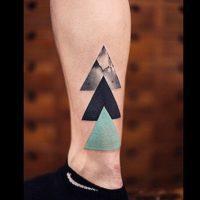 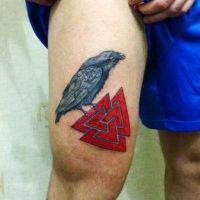 three crossed triangles - this is the Scandinavian Valknut. Correct if possible

Thank you for your comment - this is really Scandinavian Valknut, but there is a separate article for them, here it is for those who might like it in the form of a request for 3 triangles.