You may be considering getting a mermaid tattoo. Let's take a look at what it means and whether it will suit you.

The history and meaning of the mermaid tattoo

The mermaid is a mystical and bewitching character, which originates from ancient times: folklore, in which she was portrayed as a dangerous and dashing sign promising death; with the advent of seafarers, who, probably, from longing for their loved ones, began to see beautiful girls with fish tails in the water, they began to carry stories among themselves about this, and this has come down to us in the form of a rich cultural heritage.

Of course, the first bearers of such signs were sailors, who showed their love for the fair sex and longing for her. But just as the sailors' stories are varied, so is the semantic load that carries in itself in this beautiful creature. First of all, a mermaid tattoo denotes an attractive feminine principle, which has both sexual feminine energy and a freedom-loving nature.

However, if you drop into Slavic mythology, it will be revealed that mermaids are girls who killed themselves out of love or died at sea. Such a sign can mean unrequited love or in memory of a beloved girl.

Considering that the first carriers were men associated with sea travel, it will become clear in which circles it is still popular. But this circle is not limited only to lovers of endless sea spaces. For a man, such a tattoo can show the character traits of the wearer:

More on the topic:  Photos of tattoos "Nothing is impossible"

But if a tattoo with a female name, then this shows devotion to only one beloved.

It can show a fatal and attractive nature, which draws men into its networks and uses them for its own purposes. The owners of the picture can show that they do not want to acquire family relationships and are in free swimming. Or indicate your loss of a loved one.

What are the options for a mermaid tattoo

With the advent of cinematography, the drawing of a mermaid also began to have rainbow features, made in a comic style. Therefore, the style can range from childish and fun, to dark and sinister, from sexy and open, to simple and casual.

Where is such a tattoo applied?

Depending on the person's desire, it can be stuffed into open parts:

So for closed ones:

Photo of a mermaid tattoo on the head

Photo of a mermaid tattoo on the body 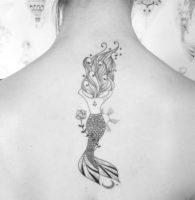 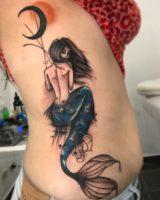 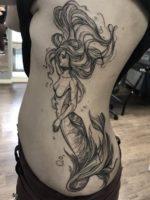 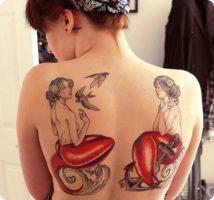 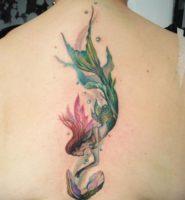 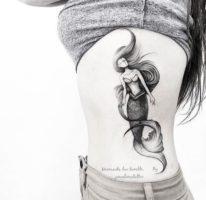 Photo of mermaid tattoo on hands 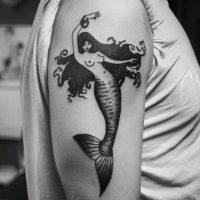 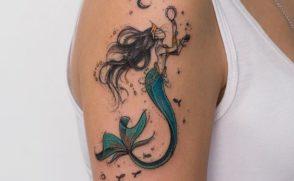 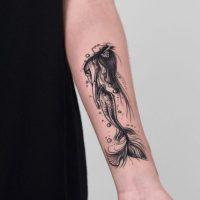 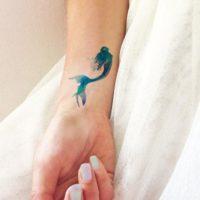 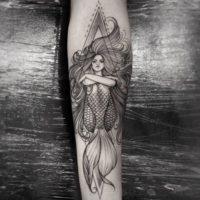 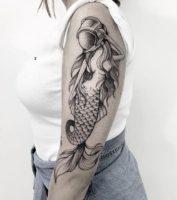 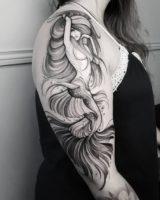 Photo of a mermaid tattoo on the legs 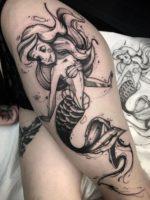 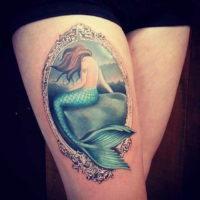 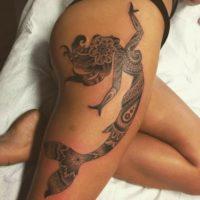 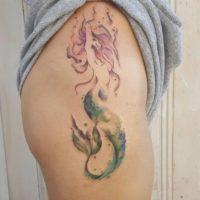 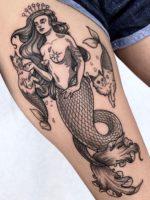 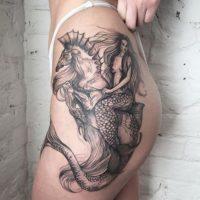