What the fallen angel tattoo symbolizes, and what its meaning is, let's try to figure it out.

The anthropomorphic divine character with wings is a popular protagonist of the Christian religion.

According to ancient scripture, a fallen angel is an oath-renegade, a violator of the divine oath, who is expelled for his betrayal from paradise - his home. His wings are lifted to the sky, and his head is buried in his shoulders and knees. The one who had everything resisted the higher power and was left with nothing. He does not regret his choice, but only about its consequences.

This symbolism is often carried over in the form of a tattoo.

What does a fallen angel tattoo mean for men?

There are many concepts that can be interpreted differently for everyone. If we drop into the origins of the appearance of such a tattoo, then we find out that it came to us from the criminal world and had a protective character in the form of a talisman.

But there are deeper tattoo options. It means:

But having left the purely narrow criminal circles into ordinary society, the tattoo acquired new meanings: not consent against the hypocrisy of society and its dirty double standards; denial of modern norms and established customs. However, the old symbolism has not been forgotten either: the loss, why the house, which can be interpreted as the loss of a loved one; awareness of the mistake made; loss of the right path in life, etc.

More on the topic:  The meaning of the Themis tattoo

What does a fallen angel tattoo mean for women?

Representatives of the weaker sex can designate with such a tattoo their loss and tragedy in life, or opposition to dualism, which has taken root in society.

The origins of this tattoo are very ancient, therefore, there are correspondingly many variations. Most often, a desperate angel is depicted, hunched over to the floor and raising his wings. The wings can be white, black, broken, tied. In addition to the angel, there may be other characters or inscriptions that mean a deep meaning.

Depending on the size of the tattoo, it is applied to the following places:

Photo of a fallen angel tattoo on the body 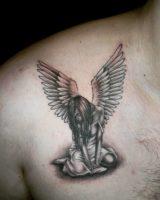 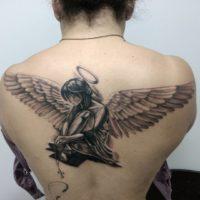 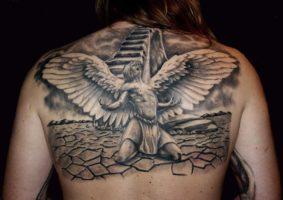 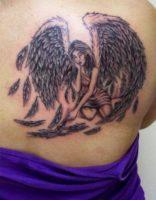 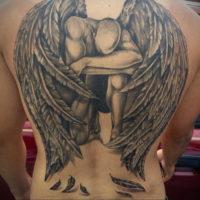 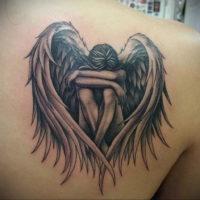 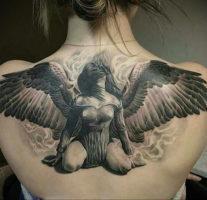 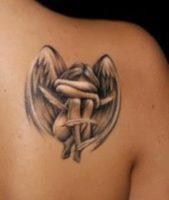 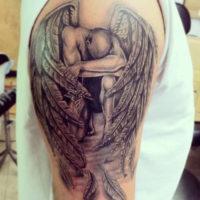 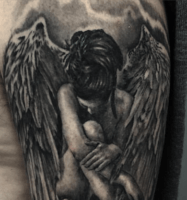 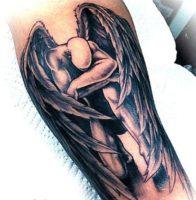 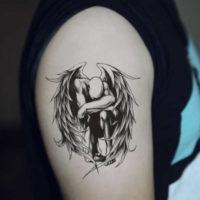 More on the topic:  The meaning of a cat tattoo for girls 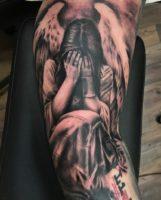 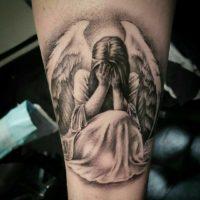 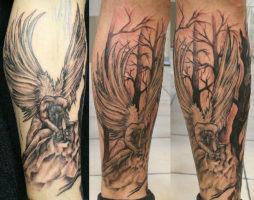 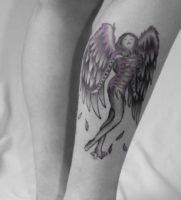 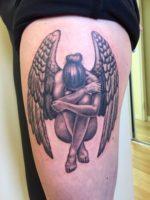 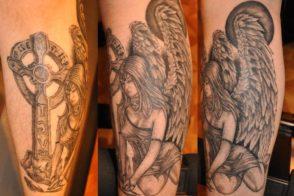