Catfish is a large freshwater fish that prefers to hide under snags and disguise itself against the background of silt. The color can vary depending on the habitat. It is an active nocturnal predator.

In most cases, fish carry a positive emotional load. Despite the fact that the catfish is a predator, it possesses such characteristics as the ability to adapt to environmental conditions, competently camouflage itself and bide its time.

The meaning of catfish tattoos

Catfish is rarely used in tattoos. Like the plots with the participation of other fish, the meaning of the catfish tattoo is as follows. He symbolizes happiness, longevity, self-confidence, abundance, fertility. In Japanese mythology, the predatory fish was considered the mainstay of the earth. This indicates a certain stability and constancy.

The owner of the catfish tattoo emphasizes his ability to stand firmly on his feet, self-confidence. They are calm and reliable people who do not tend to make rash decisions.

Catfish is a versatile tattoo. Most often, the image of a fish is applied to the back, shoulder, less often - to the chest and legs. The small fish can be placed on the wrist or on the side.

Photo of a catfish tattoo on the body

Photo of a catfish tattoo on his arm 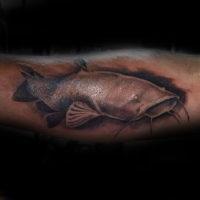 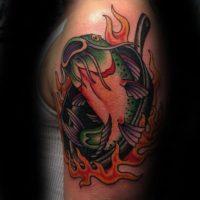 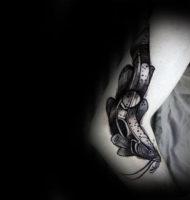 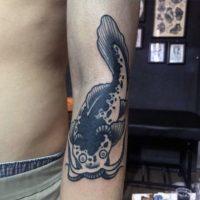 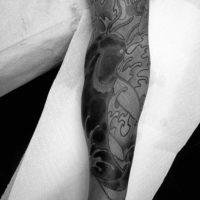 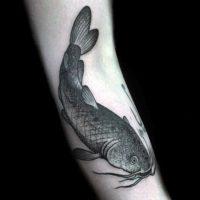 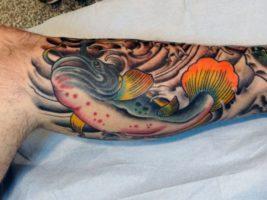 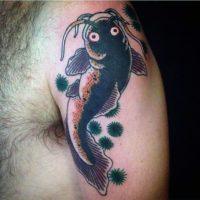 Photo of a catfish tattoo on his leg 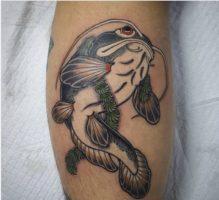 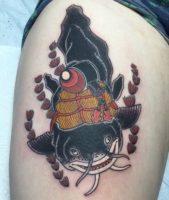 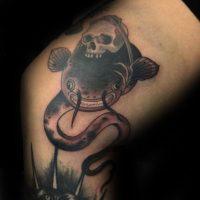 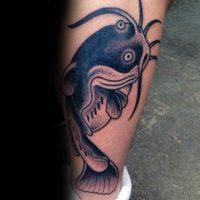 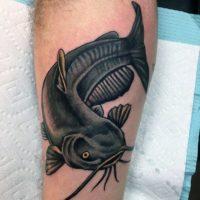 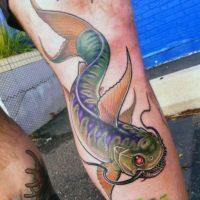 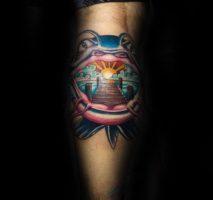 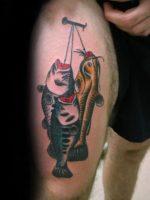