The falcon is a bird of prey with interesting bright plumage. He is able to easily maneuver in flight and develop a high speed when diving. The peregrine falcon is one of the most intelligent birds in terms of ingenuity when searching for prey.

The predator looks out for prey for a long time, and then attacks with lightning speed. The bird easily adapts to any habitat. The peregrine falcon gets along well with people, however, with too much attention, it can leave the inhabited area.

The memory of the peregrine falcon can be found in most cultures of the world. One of the ancient Egyptian deities was depicted with the head of a falcon. In ancient Egypt, the falcon was considered the king of birds, he symbolized hunting and heavenly beginning... In medieval Europe, he was treated negatively because of his attacks on small, defenseless animals.

However, then predators were used in hunting for a long period. There is even a certain hierarchy in which bird is responsible for what. The falcon is reflected on the flags and emblems of many countries and cities. In Japan, fast motorcycles are named after the falcon. Many residents of Russia, in turn, use high-speed intercity trains "peregrine falcon".

The meaning of the falcon tattoo

The bird of prey has become widespread in the art of tattoo. Modern lovers of body painting conceived attach the following meaning to the falcon tattoo. The bird symbolizes spiritual and physical strength, resourcefulness and enterprise, speed of reaction and the ability to quickly adapt to new conditions. The soaring falcon symbolizes foresight, the diving falcon symbolizes determination, and the one sitting on a tree is a constant search for opportunities.

The falcon tattoo has a strong energy. The owner of such a tattoo is an independent person with inner freedom, a person with high intelligence and the ability to make decisions quickly. Peregrine Falcon is suitable for people who are able not only to make decisions quickly, but also to be responsible for them, to calculate all possible scenarios for the development of events, to see new opportunities in everything.

More on the topic:  The meaning of the bat tattoo

Both girls and men choose tattoos depicting a falcon. Most often, the tattoo is done in a realistic style. The predator is depicted both sitting in a tree and soaring in the sky. It is difficult to impose strict requirements for style and color choice. Tattoos are distinguished by clear and painstaking drawing of the smallest details that fill the picture with energy, power, strength.

We suggest that you familiarize yourself with our collection of photos and sketches of falcon tattoos, which we have collected especially for you!

Photo of a falcon tattoo on the body

Photo of a falcon tattoo on his hands 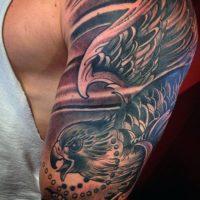 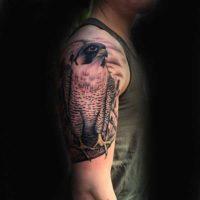 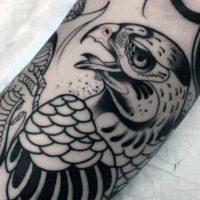 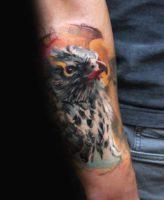 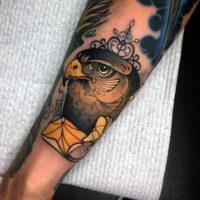 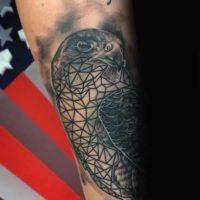 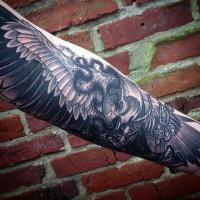 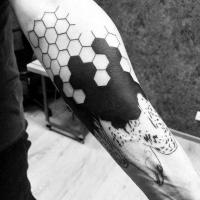 Photo of a falcon tattoo on the leg 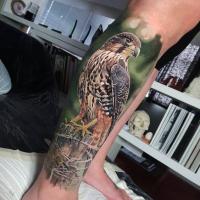 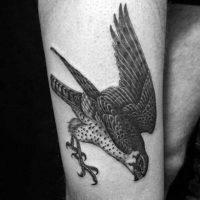 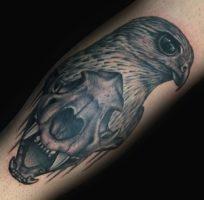 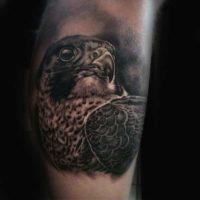 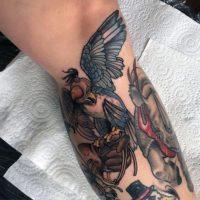 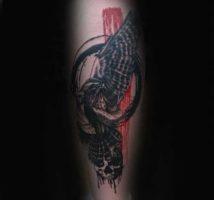