Animal paws are a fairly simple tattoo option. Paw tattoos are applied by both men and women.

The only difference is whose paw is shown in the figure. Females prefer small cat footprints, while males prefer the paws of larger animals. Cat footprints look playful, sexy and unobtrusive.

The meaning of paw tattoo

We will consider the meaning of tattoo traces based on which predators they belong to:

Wolf paw tattoos are very common among men who know their worth and are looking for a decent pair. They often doom themselves to loneliness.

A bear paw tattoo can be applied to any part of the body, as long as other elements are used. The choice of color is limited to black or brown. In bright colors of a tattoo, paw marks do not look very favorable.

By and large, such tattoos do not carry a strong semantic load, therefore, having rethought their own values ​​or ideas, it will not have to be redone due to inconsistency. In order for the picture to not become blurred over time, animal prints should not be made very small. The paws are easiest to remake into another tattoo if they bother you.

Photo of paw tattoo on head

Photo of tattoo paw prints on the body 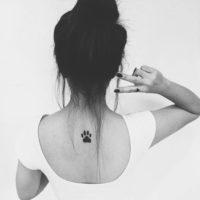 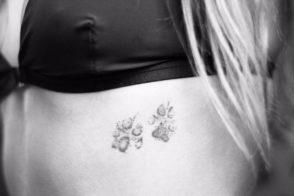 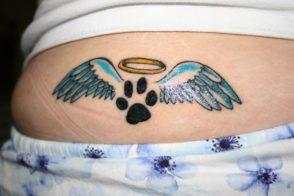 Photo of tattoo paw prints on the arm 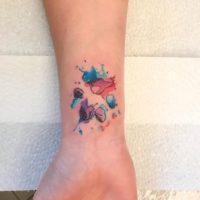 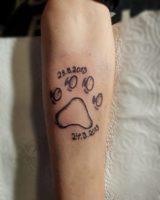 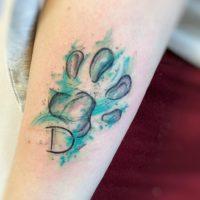 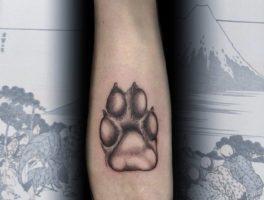 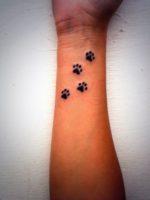 Photo of tattoo paw prints on the leg 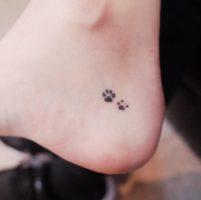