The perpetuation of musical instruments is very popular with people who belong to the world of music - composers, musicians, or simply listeners with excellent musical ear.

Violin strings are very often associated with the strings of the human soul. The sound of a musical instrument conveys the vulnerability of the soul, impressionability, romance, tragedy of fate.

A lot of violin tattoos are done in steam art style.

The violin is also found in criminal tattoos. It is applied to homosexuals. Girls with such a tattoo are considered weak-willed. Most often, prostitutes have such tattoos.

What meaning to put into a tattoo is everyone's personal business. Every year the boundaries in the interpretation of tattoos and belonging to certain groups are erased, so fewer and fewer people think about the prison meaning of tattoos - don't take them seriously!

The bowed musical instrument is predominantly chosen by women. The meaning of a violin tattoo is to demonstrate fragility, grace, vulnerability girlish soul. Small tattoos look stylish on the wrist, large ones on the forearm. The violin is often depicted with a bow, flowers, or notes. A musical instrument can be part of a composition and can be depicted in the hands of a person, as if he is playing a violin.

Photo of violin tattoo on hand 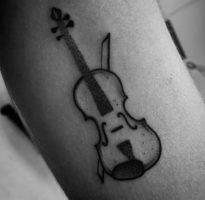 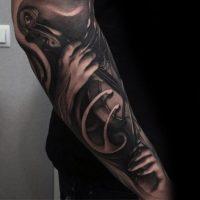 More on the topic:  Masonic tattoos 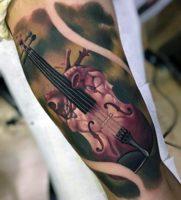 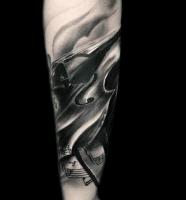 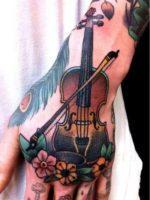 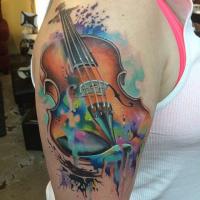 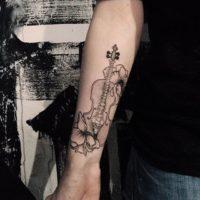