Scolopendra belongs to the order of millipedes that live in countries with warm climates. Giant individuals reach a length of 26 cm. Centipedes attack birds, frogs, lizards.

Some species are poisonous, and their bite is dangerous to humans, but, as a rule, everything goes without death. There is swelling at the site of the bite and pain. Most often, symptoms resolve within a few days.

The meaning of a centipede tattoo

Scolopendra can be found in literary works, where it is considered a symbol of absolute evil and disgusting creature. There is a belief that the soul of a person after death moves into this insect to inspect his home.

In tattoos, the centipede is rarely used. The meaning of a centipede tattoo is as follows: I can, if anything, harm, but not fatally; it's dangerous to deal with me.

Insect tattoos are disgusting to many, and this factor should be taken into account when choosing a design. The sizes of the tattoo can be very different. A small tattoo looks good on the hands, while a large image can be applied to the entire forearm or arm. Both men and women are tattooed with a centipede. The drawing looks good both in monochrome and in color.

Photo of a scolopendra tattoo on his hands

Photo of scolopendra tattoo on body 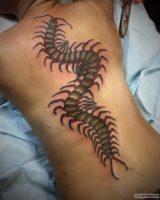 More on the topic:  Parrot tattoo 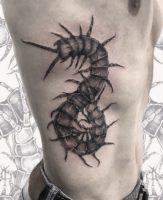 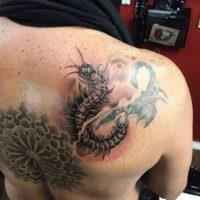 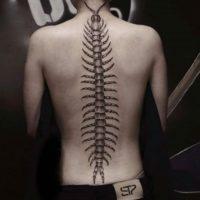 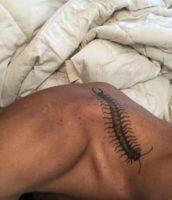 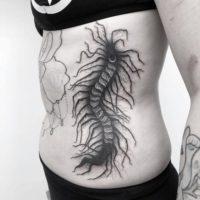 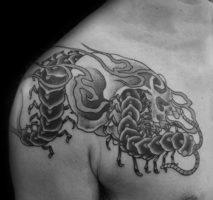 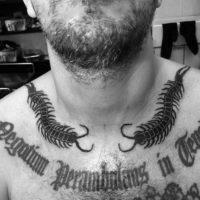