Thinking about a tattoo, a person wants not only to choose an image with a semantic meaning close to him, but so that it is unique, inimitable, reflecting individuality. Such drawings include a titmouse.

The meaning of a tit tattoo

The image on the body of any bird speaks of freedom, the desire to soar and not be limited by any framework, lightness. Feathered people always evoke a sense of respect, because they able to fly wherever they want.

The image of a bird in flight speaks of dreaminess, spiritual freedom and strength. Tattoo speaks of the element of air, giving vitality, reflecting beauty and swiftness.

Choosing a tit tattoo symbolizes a light and optimistic attitude towards life. If you observe her behavior in nature, you can see how cheerful she is, knows how to adapt and survive in any conditions, being content with the minimum.

A titmouse tattoo can carry individual meaning for a person, be his amulet and talisman.

The advantage of the titmouse tattoo is its versatility, the small size of the feathered one. It suits any gender and age. It can be depicted colorfully and realistically or used in a fantasy version, it easily fits into the general plot of a compositional tattoo, without changing its meaning. Often used in conjunction with lettering.

The image is suitable for people with the following qualities:

More on the topic:  Photos of henna tattoo on hand

Photo of a tit tattoo on the body

Photo of a tit tattoo on the arm 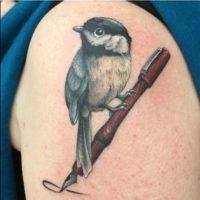 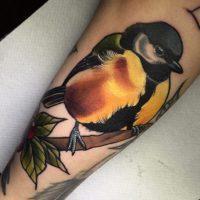 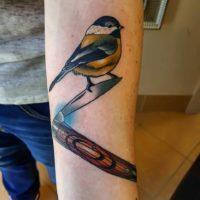 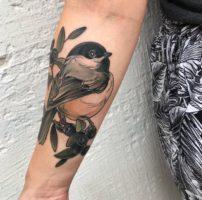 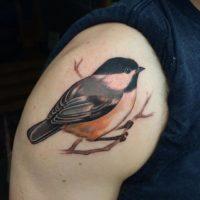 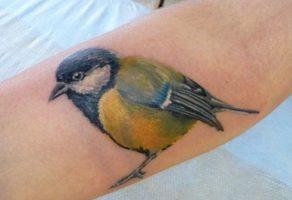 Photo of a tit tattoo on the leg 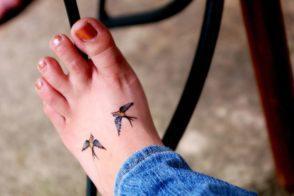 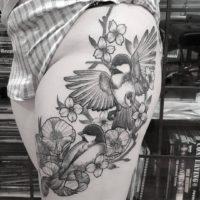 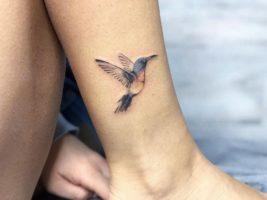 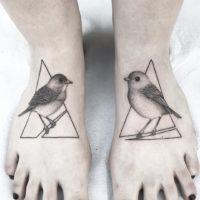 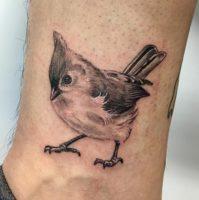 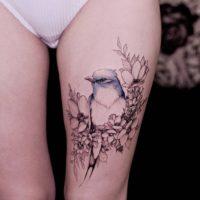