In the art of body art, there are many tattoos that act as an image of courage. Among all of them, an image of a shield can be distinguished, which carries a hidden meaning.

The meaning of the shield tattoo

To understand the true meaning of a shield tattoo, you need to look far back in history. During all military battles, the shield acted as a means of defense against enemy attacks. The correct and effective possession of such a product was subject only to a person with great strength... Based on this, we can say that a shield tattoo is most suitable for a person with a strong spirit who can sacrifice himself for the protection of his family and others.

The image of this defensive product can serve as an image of inner strength and push a person towards justice. The shield can symbolize the forces of good that are constantly fighting cruelty and evil. It can also personify the opposite meaning if a brazen motto is written on it. This may indicate the cowardice of the owner of such a tattoo.

Very often you can see the inscription “For freedom” on the sketch of a shield tattoo. It can be understood both literally and figuratively. The owner of the image can interpret the inscription as a choice in favor of:

Often the inscription is filled in English, which requires the owner to know the correct translation. Otherwise, a person may find himself in an awkward situation when the meaning that he put into the image does not correspond to the meaning of the text. On the body you can also see combining a shield with melee weapons... The meaning of a shield and sword tattoo can mean that a person has served in the military.

The image of a shield on the body is most suitable for strong people who can stand up for themselves and show courage in the right situation. Previously, this image was of a protective nature, which required a person to behave appropriately in society.

Photo of a tattoo of a shield on the body

Photo of a shield tattoo on the arm 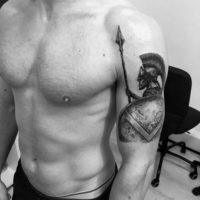 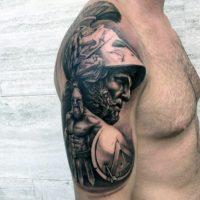 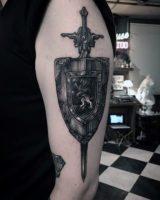 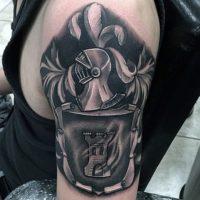 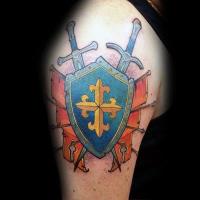 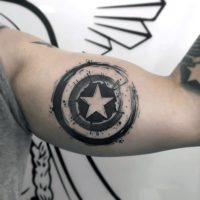 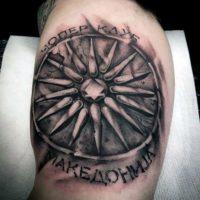 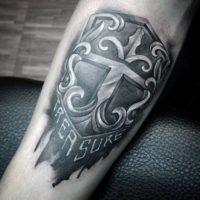 Photo of a shield tattoo on the leg 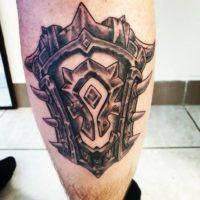 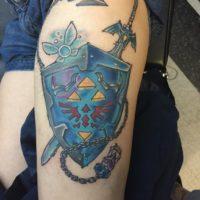 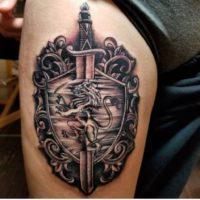 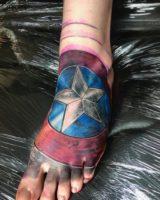 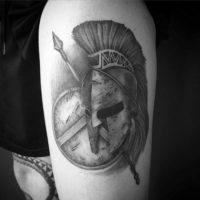 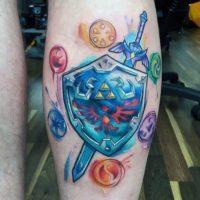 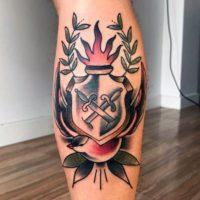 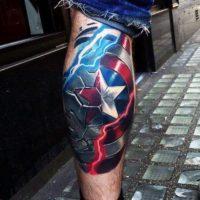