The rainbow is one of the most fascinating natural phenomena, which is distinguished not only by its beauty, but also by its fragility. Despite the fact that rainbow colors are strictly ordered, their arrangement can change in tattoos.

Rainbow tattoos have several meanings, among which the most popular are worth noting:

Very often rainbow tattoos are combined with various philosophical expressions, colors, interesting projections and geometric figures... It should be noted that the rainbow looks advantageous both separately and paired with other elements.

If you are positive and cheerful person, then the original drawing with rainbow elements will not only be a great decoration, but also a complement to your ideal body!

Photo of rainbow tattoo on body

Photo of Daddy's rainbow on his hands 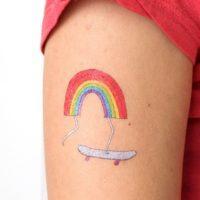 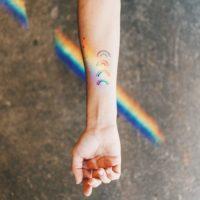 More on the topic:  How to remove film from a tattoo 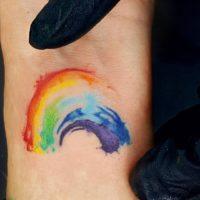 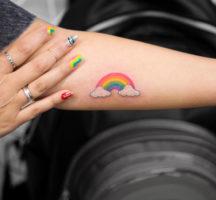 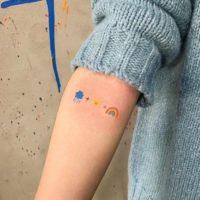 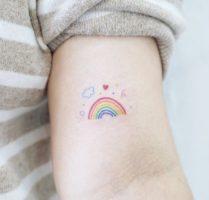 Photo of rainbow tattoo on leg 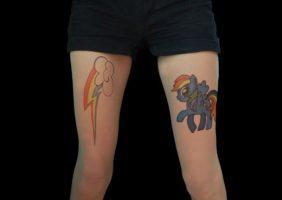 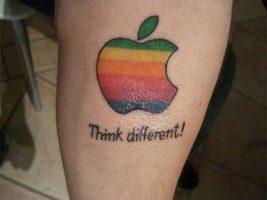 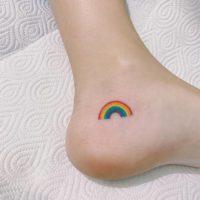 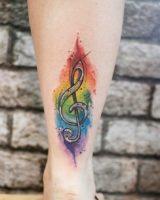 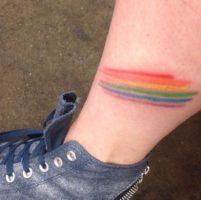 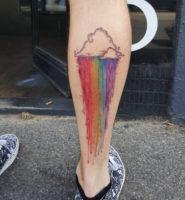 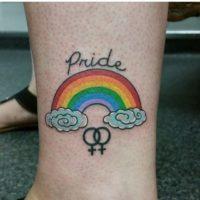