The long period of development of wearable designs, as well as the individual growth of the masters of this art, is accompanied by various transformations and the emergence of new directions. Modern tattoos can often imply a certain special meaning, as well as reflect a person's character or belonging to a particular craft. One of the brightest directions, which has formed relatively recently, is biomechanics... In this genre, all kinds of mechanical parts are applied to the body. Piston tattoos are very popular within this trend.

The meaning of a piston tattoo

It is one of the main parts of the motor mechanisms that provides reciprocating motion. A wearable image that contains this element is usually associated with robots or cyborgs. Thus, a tattoo in this style is excellent. suitable for fans of the fantasy genre... A piston tattoo can mean:

As a rule, a piston tattoo does not have a hidden meaning in itself, but symbolizes a person's belonging to his hobby of working with mechanisms. Very often, such a tattoo can be found among motorcycle owners or people who have devoted most of their lives to mechanics or working in auto repair shops.

Today you can often hear a request in the salon to transfer a sketch of a piston tattoo to the body. This part of the motor mechanism can be depicted independently or combined with the image of the skull. One of the most striking tattoos in this direction is a drawing of a skull with pistons against a background of red flames.

Photo of a piston tattoo on the body

More on the topic:  Leprechaun tattoo

Photo of a piston tattoo on the arm 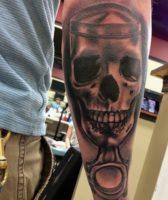 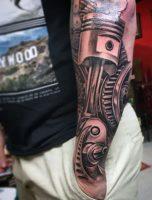 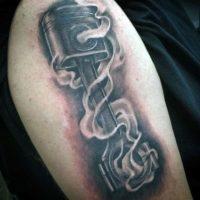 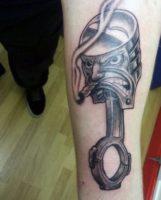 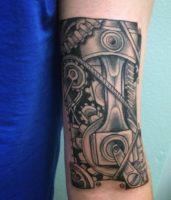 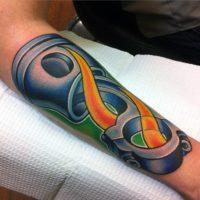 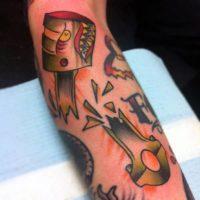 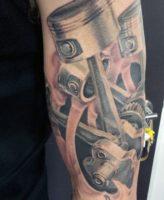 Photo of a piston tattoo on the leg 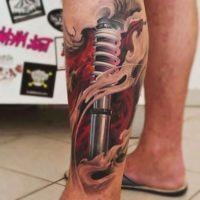 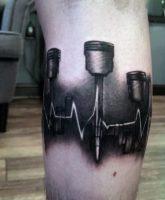 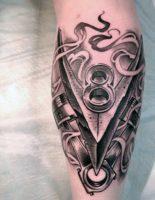 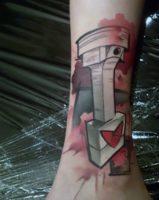 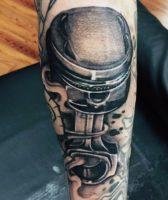 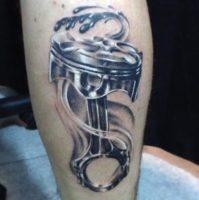 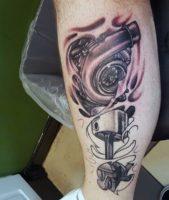