Puzzles were invented a long time ago, but they began to be used in tattoos relatively recently. The first people to put puzzle symbols on the body were American prisoners. This was the only entertainment available to the convicts.

Gradually, the popularity of the image of individual pieces of the puzzle has penetrated into different sectors of society. So one of the innocent entertainment was immortalized in the art of body painting.

Images can be composed of one single element and a whole composition. Most often, the tattoo is done in color. Sizes can be almost any.

The meaning of a jigsaw tattoo

A puzzle for a tattoo is chosen by people who are inclined to philosophical reflections, to search for goals in life. This is a tricky puzzle. This complexity and mystery can be transferred to human life. The circumstances are not always successful and unambiguous. More often than not, a lot of effort should be made to clear up the situation. So it is with a puzzle - an abundance of similar elements sometimes leads to erroneous decisions. But as soon as it is possible to solve this problem, everything falls into place.

A tattoo in the form of a puzzle has a certain ambiguity in interpretation due to the fact that the semantic load is carried both by the puzzle itself and the picture that is demonstrated using the puzzle. Much depends on the fantasy of the owner of the tattoo and on the meaning that is laid down by him.

More on the topic:  Tattoo with the name Katya

Both women and men depict the jigsaw puzzle on the body. You can find options where puzzle pieces have a three-dimensional volume. The puzzle tattoo brings mystery to the wearer's image. Such works can become a symbol of belonging to a particular group.

In this case, each of the participants makes a tattoo from separate elements, and the overall drawing can only be seen by bringing these people together. Many lovers use a jigsaw puzzle in their tattoos. This has a deep meaning. People cannot live one without the other, just as it is impossible to assemble a puzzle in the absence of one of the elements.

Photo of jigsaw tattoo on head

Photo of jigsaw tattoo on body 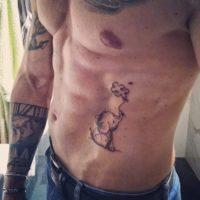 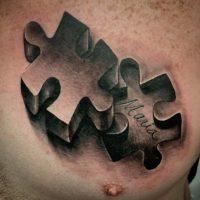 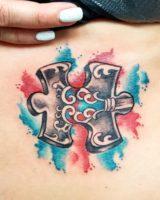 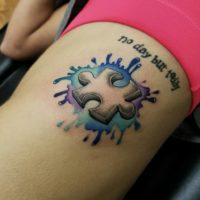 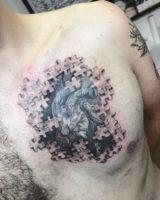 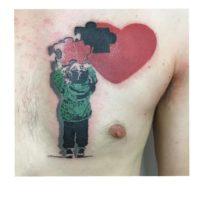 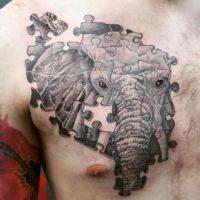 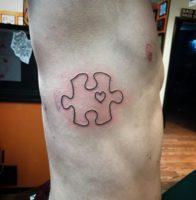 Photo of jigsaw tattoo on hand 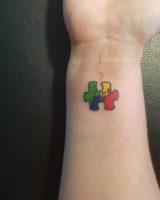 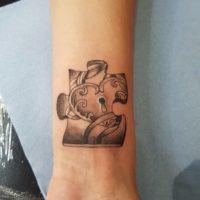 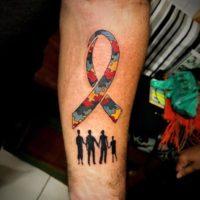 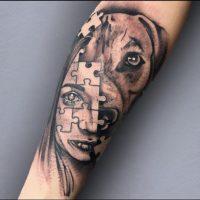 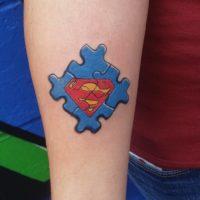 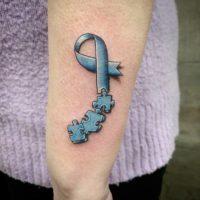 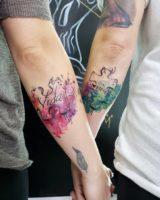 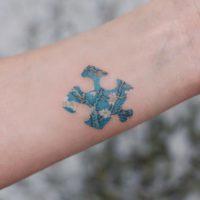 Photo of jigsaw tattoo on leg 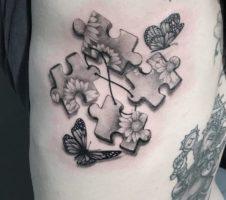 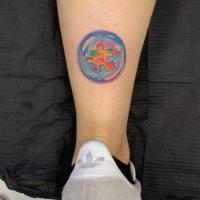 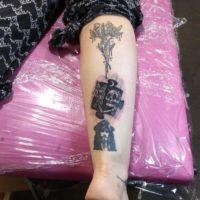 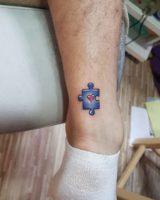 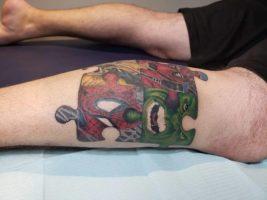 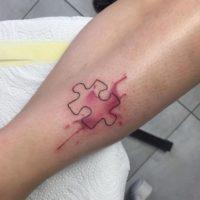 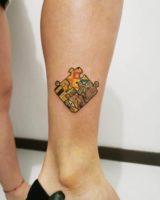 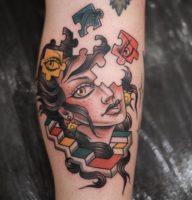