Origami is the Japanese art of making paper figurines that has an ancient history. The influence of Japanese culture on the art of tattoos can be traced in many currents. And this was no exception.

For a long time, origami tattoo meant belonging to one of the clans. Now this symbolism is a thing of the past.

First of all, the paper craft image looks cute and original. Very rarely they carry a semantic load. The only thing that unites tattoo owners is increased interest in the culture of the East... When determining the meaning of a tattoo, duality can be traced, since both the figure itself and the fact that it is made of paper plays a role.

The image of a paper figure is endowed with a certain philosophical meaning. Such tattoos are done by people who are able to see all the diversity of the world around them. They are prone to deep feelings and are constantly in search of truth. Many are attracted by the brevity of the tattoo forms and its self-sufficiency.

To create such paper figures requires certain skills, a wealth of imagination and perseverance. It is these features that can be easily transferred to the owner of the tattoo.

Origami tattoos are of interest to both sexes. The only difference is in the choice of figures and tattoo sizes. Women predominantly choose flowers, birds or animals. Men choose technology or animals that have such traits as strength, power, endurance. The tattoo can be done with black paint. This emphasizes its laconicism and severity of forms.

More on the topic:  Photo of a tattoo of the inscription "Shining to others I burn myself"

Such images are small. At the same time, when making colored drawings, the sizes can be very different. Most often, images of paper crafts are applied to the thigh, back, shoulder, arms, neck. These can be individual figures on a blurred background, as well as rather complex compositions. They are often applied alongside flowers, intricate lines and patterns.

Well-executed tattoos unambiguously testify to the high professionalism of the master, since it is quite difficult for a beginner to apply even contours to the body, of which the drawing actually consists.

Photo of origami tattoo on head

Photo of origami tattoo on body 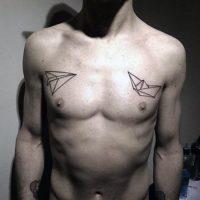 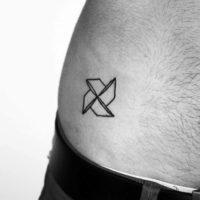 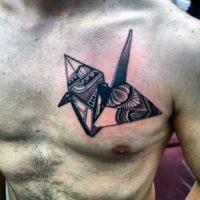 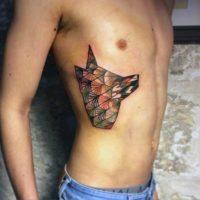 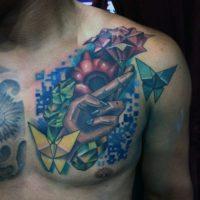 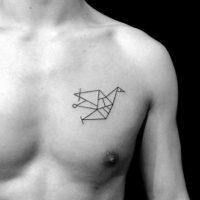 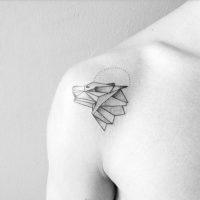 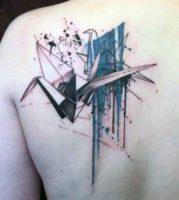 Photo of origami tattoo on hand 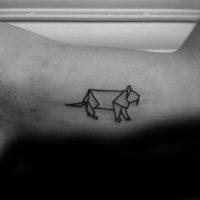 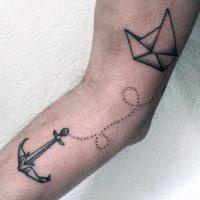 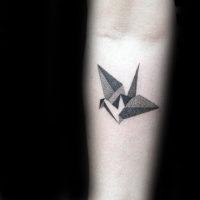 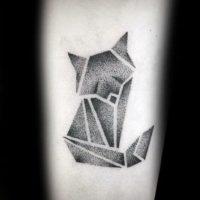 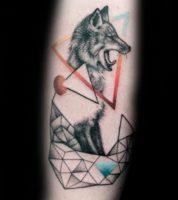 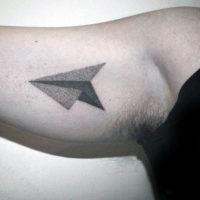 Photo of origami tattoo on leg 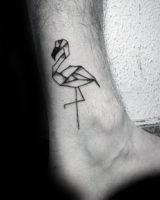 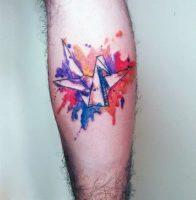 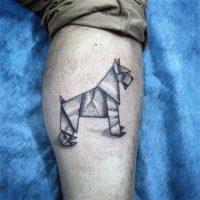 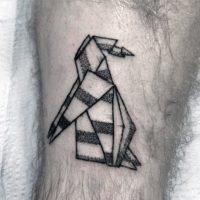 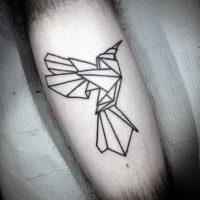 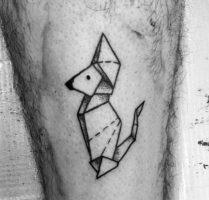 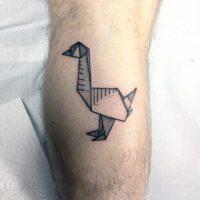 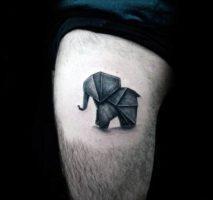