Musical signs are a sign of a gifted person with exceptional hearing. Such tattoos are done by people for whom music has become a vocation, or who cannot live a day without music. Musical drawings began to be used recently, so they do not have a deep semantic load.

The meaning of tattoo notes

Tattoo with notes hint that the owner - subtle creative nature, which is characterized by experiences. Such a person may have a hidden or obvious talent for music.

The notes do not always indicate a person's belonging to music. Often it's just a pretty picture that doesn't mean anything.

Notes used by girls in small tattoosadding flowers, stars, inscriptions. The combination with flowers indicates femininity, youth, luxury. A butterfly with notes speaks of the owner's fantasy, the presence of a large number of hobbies, including music.

The meaning of the tattoo notes everyone brings their own. For some, this is just a hobby, while others live by it. Thus, the semantic load is formed gradually. Everyone can add something of their own to the meaning of the image.

Note tattooing can have other meanings as well. Notes are often used alone or as part of a composition in prison tattoos. Such tattoos were made by professional thieves. In prison jargon, "steal" means "walk on the music." Such marks are given to prison musicians and performers of thieves songs.

More on the topic:  Realism tattoo

In most cases, the tattoo has a positive energy, since music is associated with the acquisition of harmony, with a sublime state, a favorable emotional background. Passion for music indicates that we have a creative nature with excellent musical ear... A person who is subconsciously attracted to getting a tattoo with notes very often does not even suspect that he has musical talents. Anything can come to the surface by accident.

Having decided to get a tattoo with musical symbols, you should decide on the size of the image and the location, and then proceed to the choice of a specific pattern. Below is our collection of photos and sketches of tattoo notes.

Tattoo is applied to any part of the body. Someone tries to hide them under clothes and not reveal their attachments to others. Someone, on the contrary, constantly demonstrates their tattoos, showing that he is a unique creative person. The popularity of tattoos among young people is due to the fact that many stars of show business demonstrate such tattoos, and fans imitate them.

Photo of a tattoo of notes on the head

Photo of tattoo notes on the body 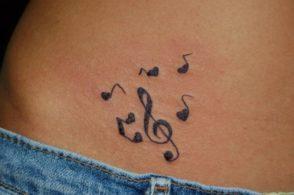 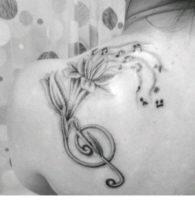 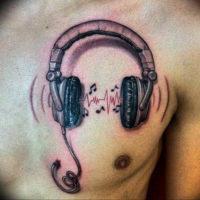 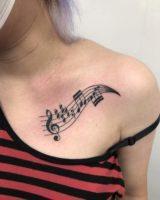 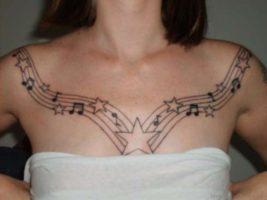 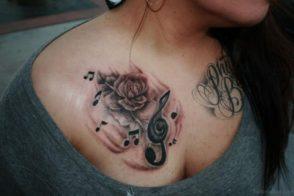 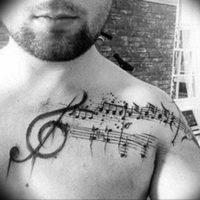 More on the topic:  Photo of vampire and zombie tattoos

Photo of tattoo notes on hand 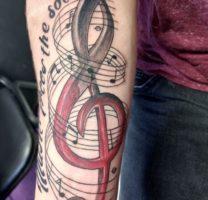 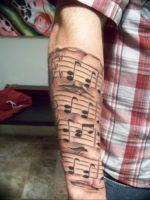 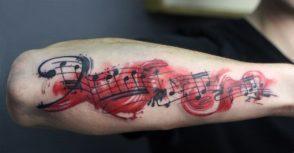 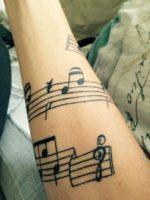 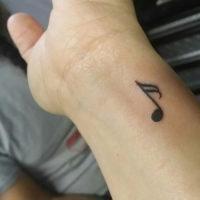 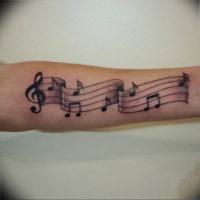 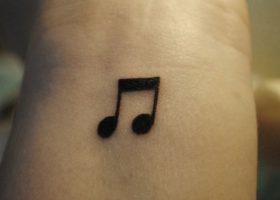 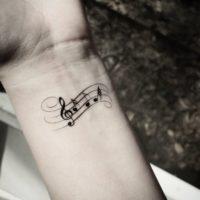 Photo of a tattoo of notes on the leg 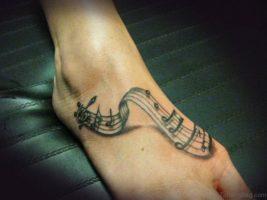 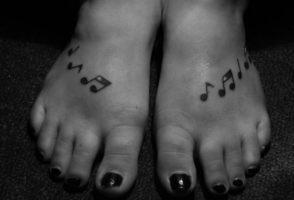 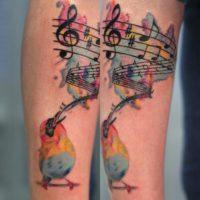 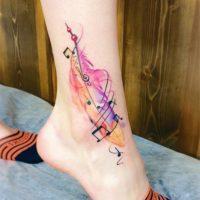 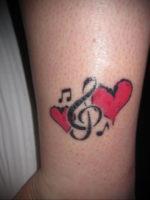 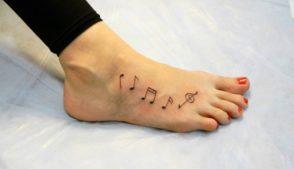 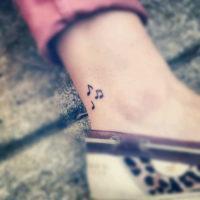 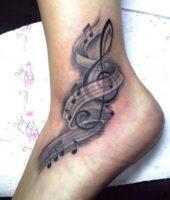