A tattoo in the form of a daffodil can very often be found on the body of the beautiful half of humanity, since girls are attracted not only by the unusual and attractive appearance of this flower, but also by the hidden meaning that it carries.

Probably, many owners of such tattoos remember an interesting legend about a young man named Narcissus, who fell in love with his own reflection and died from this.

But few people know that these flowers in most peoples personify narcissism, frivolity, vanity, and in some cases even stupidity.

Meaning for different peoples of the world

In different countries of the world, the meaning of the narcissus, as well as the tattoo in which this flower is, is different. It is worth citing as an example some of the most striking folk characteristics of this plant:

At the moment, every owner of a tattoo with a daffodil puts his feelings, thoughts and meaning into it.

The image of such a flower looks quite impressive on almost any part of the body, but it is best to apply it to places with delicate skin in order to emphasize the beauty of the flower - neck, wrists, shoulder blades, chest, shoulders.

A well-executed daffodil tattoo will attract the views of the people around you, delighting you.

Photo of a daffodil tattoo on the body

Photo of daddy narcissus on his hands 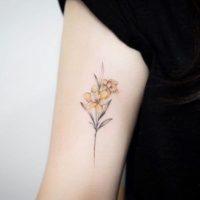 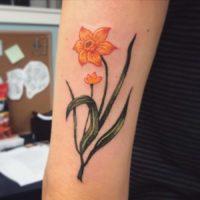 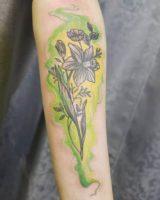 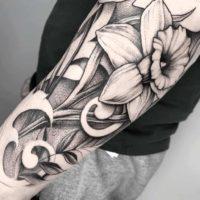 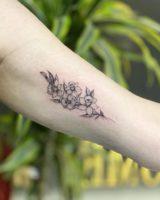 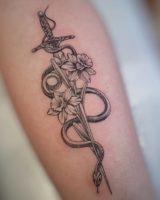 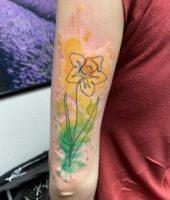 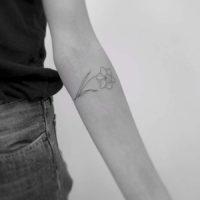 Photo of daddy's daffodils on his feet 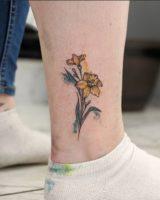 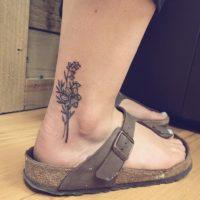 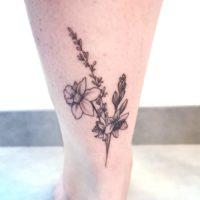 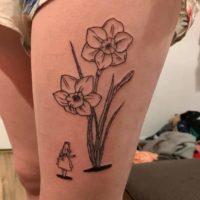 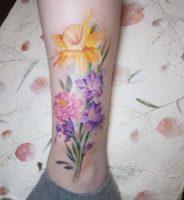 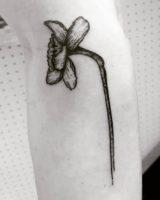 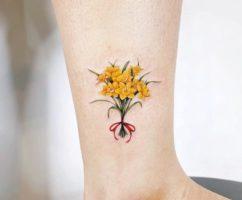 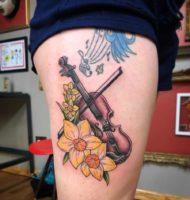