Ant tattoos are often chosen by people who have qualities similar to these insects - hard work, diligence, endurance, order and a clear schedule of actions.

Despite the fact that it is quite difficult to make the image of ants on the body attractive, many people from different countries of the world choose this idea for a tattoo.

The meaning of the ant tattoo

The positive ant symbol can be found in some of the world's cultures:

Also, many peoples have a huge number of proverbs, sayings about ants and their positive qualities.

Before deciding to get such a tattoo, you need to not only determine for yourself the meaning that it will carry, but also choose locations on the body. For example, very often such images are made on the arms, legs, and even all over the body.

You can find a combination of ants with other insects.

In terms of colors, tattoo artists use shades of black and red. Sometimes other tones are also used - yellow, green, orange, brown, etc. In this regard, the happy owner of a new tattoo will be stopped only by his own imagination.

The style of such tattoos is the most diverse - biomechanics, 3D images, realism and styling, and much more.

If the future tattoo owner wants to depict ants crawling all over his body, then it is best to find a good master who can depict insects in detail so that they do not cause negative impressions.

People who want to collect as many repulsive tattoos on their bodies as possible, piercing, also over time come to the subject of insects (ants in particular). "Freaks" can make such wearable drawings on the face, head, over the entire area of ​​the body, free from tattoos.

Photo of ant tattoo on the body

Photo of ant tattoo on hand 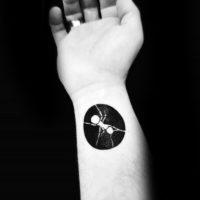 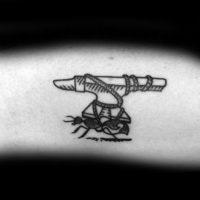 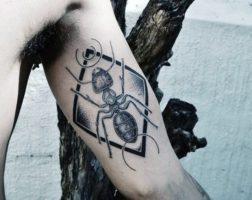 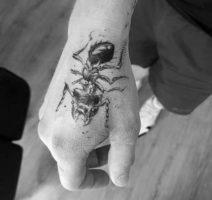 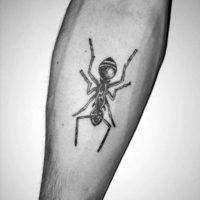 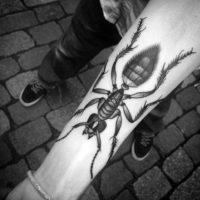 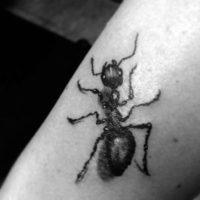 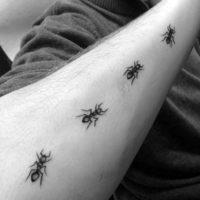 Photo of ant tattoo on the leg 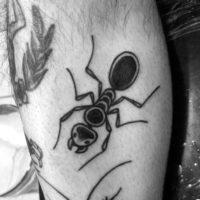 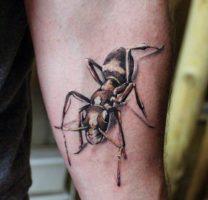 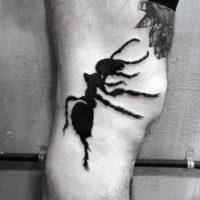 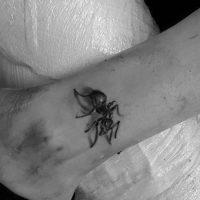 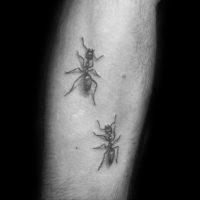 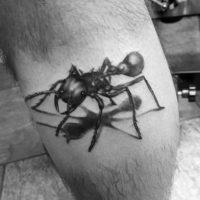