That is why, before making such a tattoo, you need to decide what meaning the drawing will carry. Fly tattoos today are done on various parts of the body - the back, arms, neck, face.

However, not all tattoos depicting this type of insect look appropriate and beautiful, so you need to carefully coordinate your sketch with the master.

The meaning of a fly tattoo

The owner of the image of a fly on the body can put different meanings into his tattoo. Despite the widespread belief that the fly represents weakness and sinfulness, this insect has another interpretation.

For example, among the Jews, Beelzebub (one of several of the devil's henchmen) is the lord of the flies, which gives these insects a special status.

Some religious people believe that the image of a fly on the body will save them from troubles and evil forces, acting on the principle of "wedge by wedge".

The main meanings of a fly tattoo, which is often done recently:

In general, it should be said about the many meanings of such a tattoo, so you can choose what is close to you. That is why such a pattern on the body can be called truly universal.

In the photo, a fly tattoo looks different - some cause dislike, while others, on the contrary, sympathy. It all depends on which sketch you choose, as well as how experienced your master will be.

Photo of fly tattoo on head

Photo of fly tattoo on body 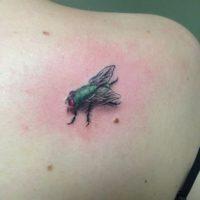 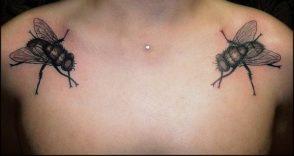 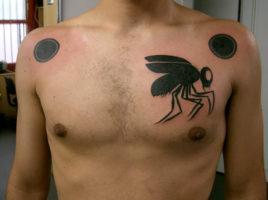 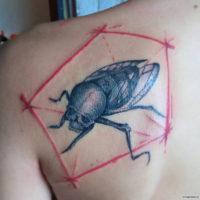 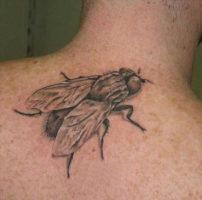 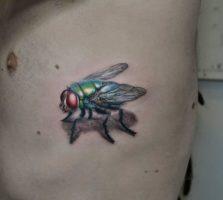 Photo of a fly tattoo on the leg 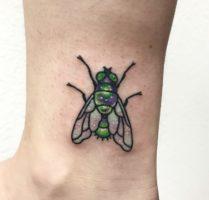 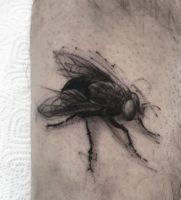 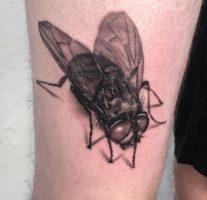 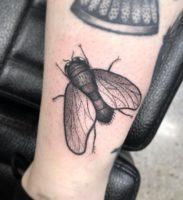 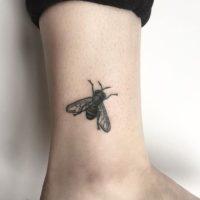 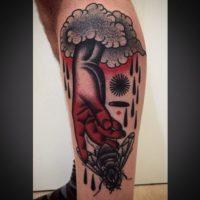 Photo of a tattoo of flies on his hands 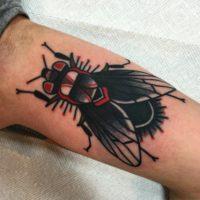 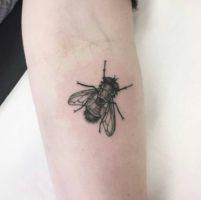 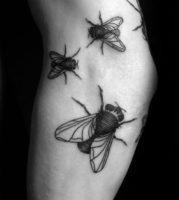 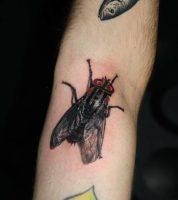 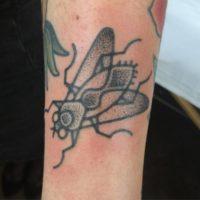 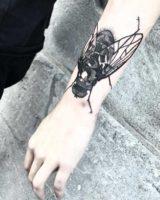 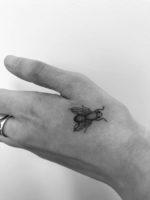 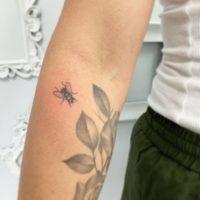