The milky way tattoo is chosen by people who are fond of mysticism.

Despite the fact that mythology and beliefs of the peoples of the world tell about the influence of individual planets and stars on a person, the Milky Way as a whole has a stronger effect on various aspects of life.

The meaning of the Milky Way tattoo

It is generally accepted that this symbol allows a person to control his own destiny, master cosmic energythat has a big impact on everyone.

With the help of a high-quality color tattoo, which includes many stars, planets, constellations, you can also complement your image, giving it mystery and originality.

If you want to get a milky way tattoo, you should take care of choosing a master who will not only select the perfect combination of colors, but also develop an individual sketch based on your wishes.

The milky way tattoo, which always looks beautiful and original in the photo, has several meanings, one way or another associated with cosmic forces and the energy of celestial bodies:

Where to fill the milky way tattoo

At the moment, such an image is applied to the shoulders, arms, legs, hips, chest, head and even the face. If the colors, as well as the location of the tattoo, are determined correctly, then such a pattern will not cause a negative impression - on the contrary, its infinity and mystical spiral shape will fascinate anyone who looks at it.

You can also move away from the traditional idea by making a milky way on the back, which, as it were, breaks out from under the skin. The tattoo, complemented by the figures of spaceships, asteroid debris and the bright twinkling of distant star clusters, will create a real sensation with its uniqueness. If you want to decorate your body with an unusual symbol, a tattoo with a "piece" space will come in handy.

More on the topic:  Tattoo by Marvel comics and DC comics

Photo of the milky way tattoo on the body

Photo of the milky way tattoo on the arm 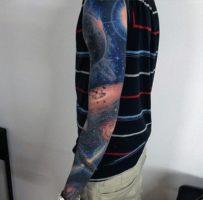 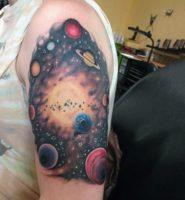 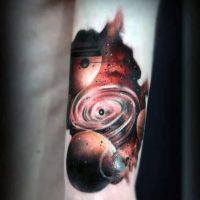 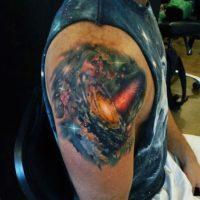 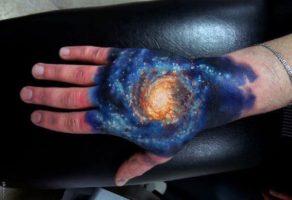 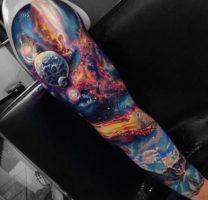 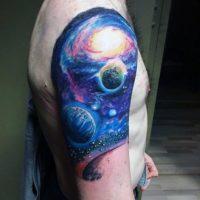 Photo of the milky way tattoo on the head 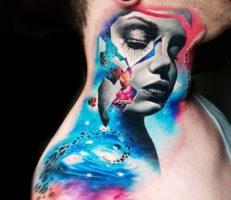 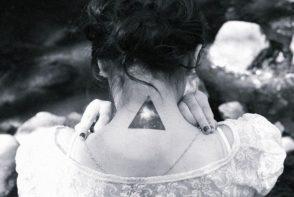 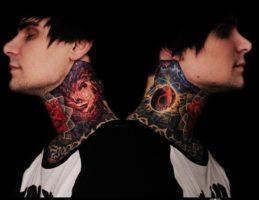 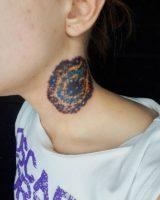 Photo of the milky way tattoo on the leg 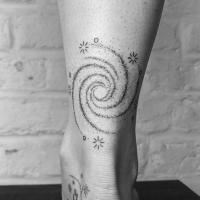 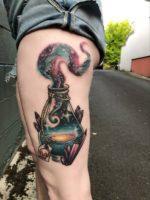 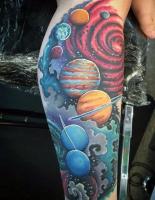 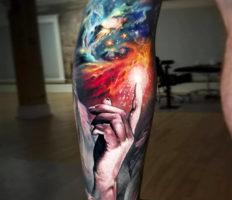 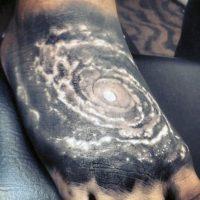