Tattoo with the image of the month can be found very often. And no wonder! After all, from time immemorial, people believed in the magical properties of the moon, connecting important aspects of their lives with it.

For example, they calculated the moment when to plant certain plants or determined the weather for the near future.

This celestial body also has a direct effect on the Earth and its inhabitants - controls the ebb and flow, affects the emotional state of a person.

Despite the fact that the symbol of the month is associated with dark forces and energy, it is not negative.

Each nation and culture has its own beliefs associated with the symbol of the month. Some of them should be noted:

Places of tattooing a month

Often, the image of the month is applied to the body by girls, wanting to emphasize the mysteriousness of nature, to create a mysterious image. The owners of such tattoos believe that they are accompanied by good luck, success, and in the dark, their abilities and feelings are exacerbated. Basically, such tattoos are done on the arms, neck, chest, back and legs.

The images themselves can be varied: with a human face, the most realistic, stylized, in the form of famous cartoon characters, etc. Only your imagination can become a limitation.

More on the topic:  Tattoos on the eyelids

Representatives of the stronger sex also get tattoos for themselves with a month, but their tattoos are more brutal and aggressive. Very often men stuff wickedly smiling month, which sometimes even scares.

If the lunar and night themes are close to you, then you can familiarize yourself with the meaning of this symbol in more detail, finding the one that fully corresponds to your ideas.

Only by investing meaning in the tattoo of the month, you will become the proud owner of a beautiful image on your body. It is also important to find a good master who will make a tattoo of high quality and according to an interesting sketch.

Photo of a month tattoo on the head

Photo of a month tattoo on the body 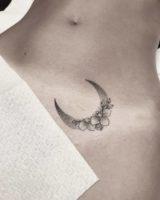 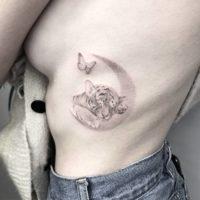 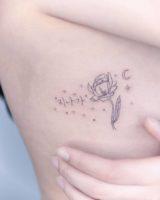 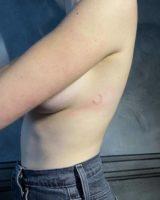 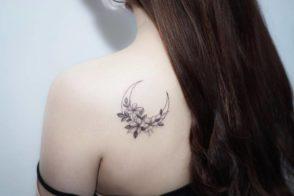 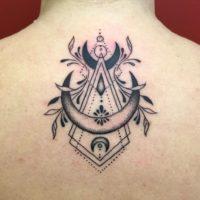 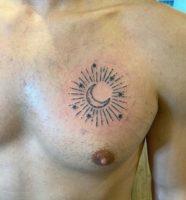 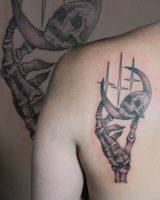 Photo of a month tattoo on the arm 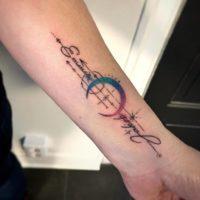 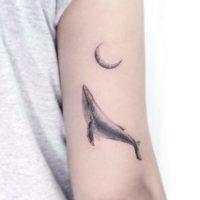 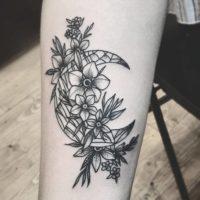 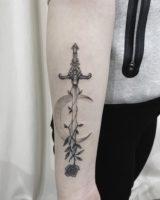 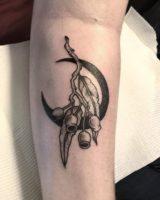 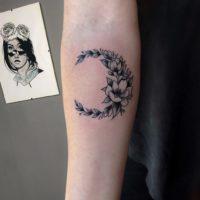 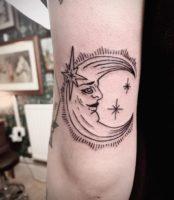 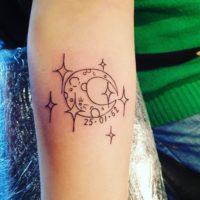 Photo of a month tattoo on the leg 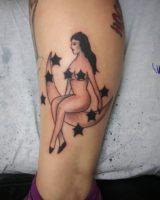 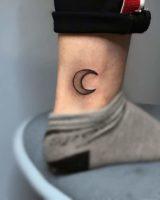 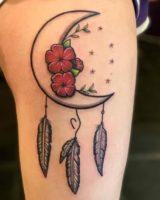 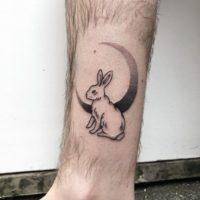 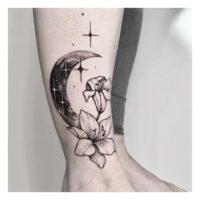 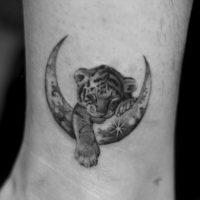 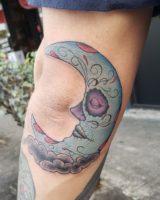 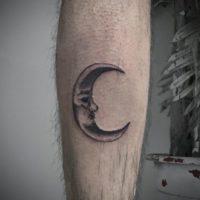