This attribute came to us from Greece, in which it acquired one of the main meaning - a symbol of victory and was associated with the goddess of the Greek pantheon - Athena. It was received as the highest award for winning a sports competition - the Olympic Games.

At that time, the olive branch was closely related in meaning to victory, so it was presented to soldiers who returned safely from the war and won a victory on the battlefield. In addition, the olive yielded well in the warm climate of Greece and could be associated with wealth and fertility.

Oliva is associated with an ancient tradition. According to which, in order to prove their sincerity of their pure thoughts, olives with wool were presented. What gives her meaning is the sincerity and purity of her motives.

The olive branch received its rebirth and rethinking after the peace congress in 1949, the symbol of which was a dove, with an olive branch in its beak. After a bloody fifty years full of world conflicts, this event began to take on the character of reconciliation and reassurance, and the olive has absorbed this symbolism.

Who is the olive branch tattoo suitable for?

Oliva appears in the holy scriptures - the Bible, therefore, people who choose the righteous, in their concept, the path, can choose it as a symbol of inner peace and striving for life according to religious norms.

Often rock musicians who define themselves as a fighter for justice and peace depict a tattoo with a dove and an olive branch.

Such a tattoo is chosen by soldiers who are part of the peacekeeping forces, who, with the help of force, eliminate conflicts. Quite symbolic, considering that the olive is associated with Athena, who was the patron saint of warriors and military tactics.

Such a tattoo cannot reach large sizes, so it can be placed anywhere: 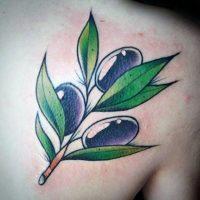 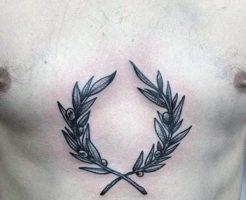 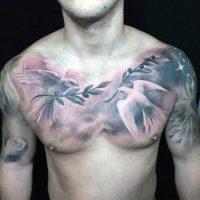 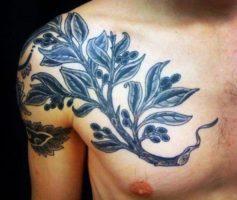 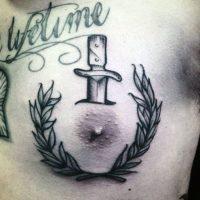 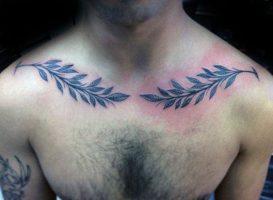 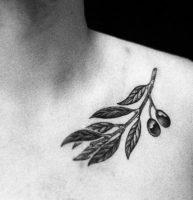 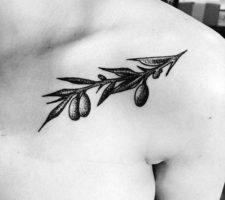 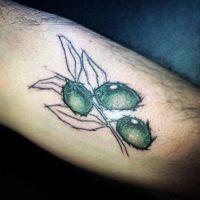 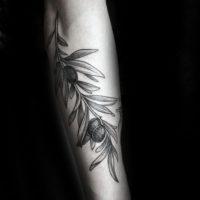 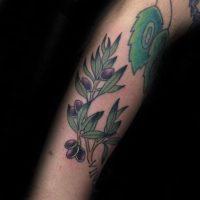 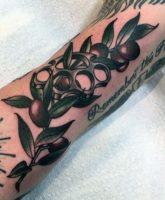 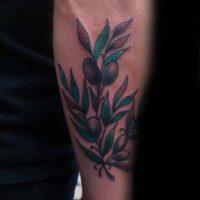 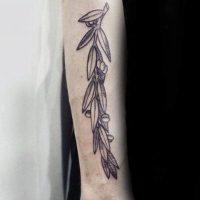 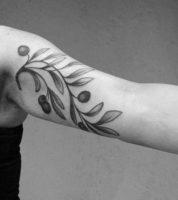 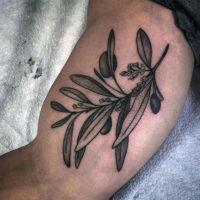 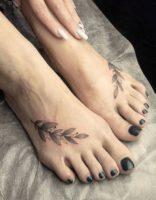 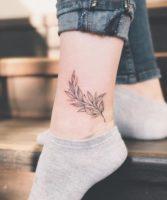 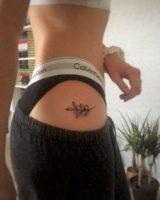 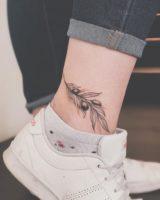 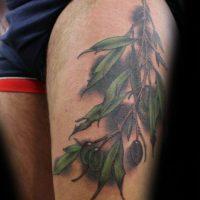 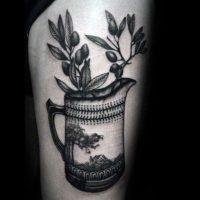 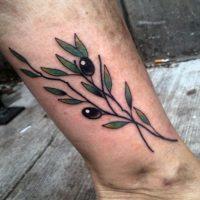 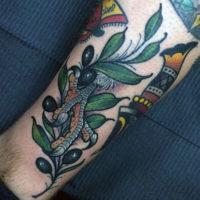