The Masonic fraternity places great importance on symbolism. In addition to material symbols, for example, a zapon or the Book of the Holy Law, there are images. They are designed to distinguish people belonging to Freemasonry.

The meaning and symbolism of Masonic signs

The main symbols include images of a compass and a square. They have been used by masons since antiquity. Their main interpretation is in teaching lessons and the ability to limit oneself. There is controversy over the meaning of the center G. The mainstream opinion is that it symbolizes God, who is the center of the movement.

The most common Masonic tattoo is the triangular eye. It symbolizes the Great Architect of the Universe, who constantly looks after the order and activities of the brotherhood. Another name for this sign is radiant delta. The triangle was not chosen by chance, it is associated with fire and enlightenment. An open eye in a tattoo of a Masonic sign is a symbol of wisdom, knowledge, conscience.

Before choosing a Masonic eye as a tattoo, it is worth remembering that it has a sacred meaning and carries tremendous power. Don't be disrespectful to him. The All-Seeing Eye carries many meanings associated with different cultures. Before applying it to your skin, it is worth considering what value it will carry for you.

Masonic tattoos also include images of crosses (Greek, ankh and others)... They are often depicted together with other signs, making up the composition. Crosses symbolize not only the Sun, but also the four elements that make up our world.

Masonic tattoos have a religious meaning, so they should be placed on the upper part of the body and carefully consider the choice of sign and place of application. Sacred symbols are more often applied to the hands, back or back of the head.

More on the topic:  Photos tattoo lettering on the back women 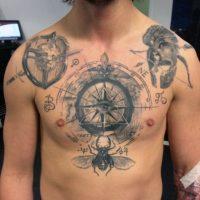 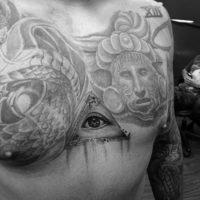 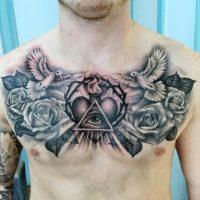 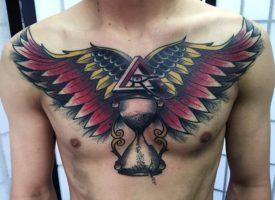 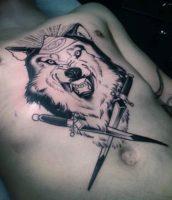 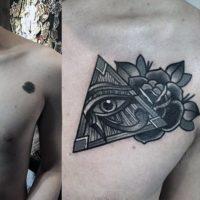 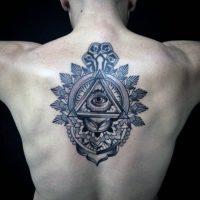 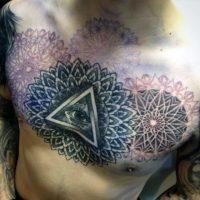 Photo of Masonic dads on hands 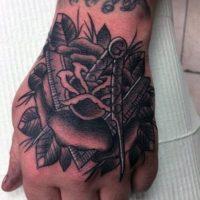 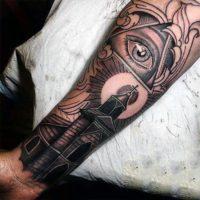 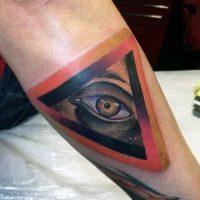 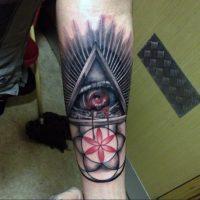 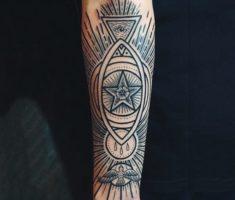 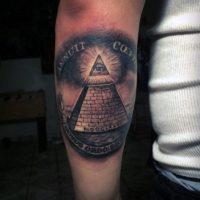 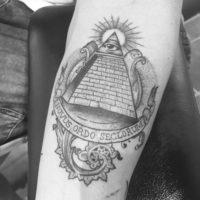