A tattoo is the application of a personal, intimate element that carries meaning or a reminder to the wearer. The image of a bow with arrows or the image of an archer is usually characteristic of Sagittarius. Sagittarius is a strong sign of the zodiac, and in a tattoo, combined with elements of fire, it symbolizes the power and passion of a person.

The meaning of the bow and arrow tattoo

In eastern countries, it was customary to give a bow and arrow to the birth of boys, which indicated the appearance of a new warrior and hunter. For the Greeks, the symbol of such a weapon had a dual meaning - blessed or bringing trouble. Hindus perceived the drawing of an arrow with a bow as a source of pain and misfortune that kills animals and people. The arrow of Eros carries love and passion. An arrow launched from a bow indicates the subject of an action or event that can no longer be avoided or changed.

The image of the arrow is large and varied and is considered an indefinite sign. Given the peculiarities of the meaning of such a tattoo, the bow and arrow are exclusively a male symbol. This theory has been put forward since antiquity, where the arrow is the main attribute of the hunter and breadwinner. Possessing a sharp weapon implies composure, calmness and determination. However, the arrow and bow tattoo is most popular among women. Girls put their special meaning in drawing - straightforwardness, loyalty to their principles or the desire to fall in love.

In general, the arrow symbolizes the sunbeam, the take-off period and the overcoming of life barriers, the exit from the established spheres of life. Therefore, the drawing of a bow with arrows is associated with the destructive power of both men and women, promoting the creation of new worlds.

More on the topic:  The meaning of the Koi carp tattoo

Places for tattooing bow and arrow

The symbol of love and determination is applied to almost any part of the body without restrictions. The image on the arm, shoulder or lower leg is especially popular.

Photo of bow and arrow tattoo on body

Photo of bow and arrow tattoo on hand 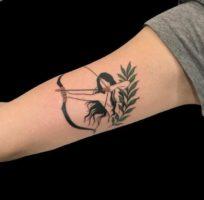 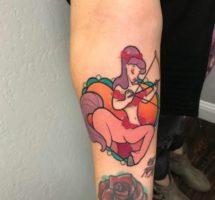 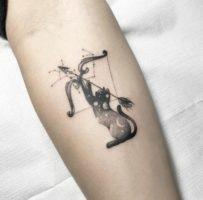 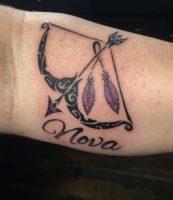 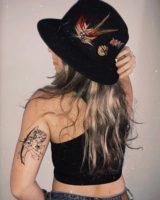 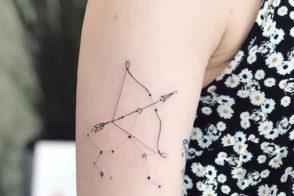 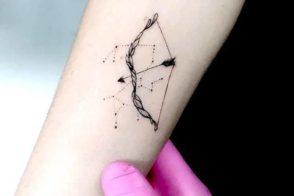 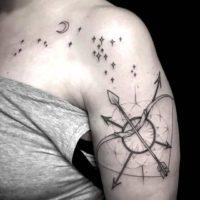 Photo of bow and arrow tattoo on leg 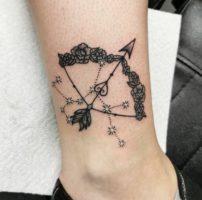 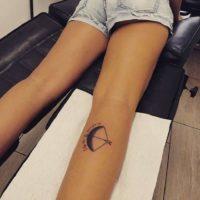 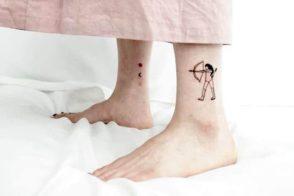 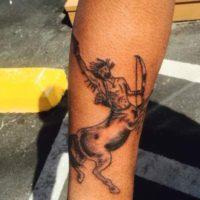 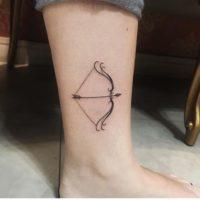 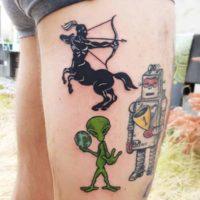 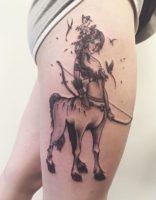 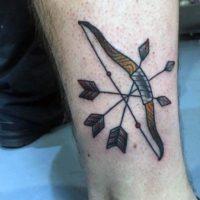