The razor theme is present in many cultures.

The meaning of a blade tattoo

The tattoo symbolizes various things, which are more or less characterized by the word "sharp". The blade tattoo warns of the irascible nature of its owner, of his intemperance, unbridled disposition, irascibility, irritability over trifles.

Since the razor is used as one of the weapons of suicide, the tattoo has a negative meaning. Many failed suicides in the United States get this tattoo.

In the 70-80s, razor tattoos were done by people who used cocaine. With a blade, the drugs were divided into portions. Tattoos were done not only by drug addicts, but also by dealers.

The blade also indicates that the wearer belongs to the criminal world, professions that are beyond the law.

The meaning of a blade tattoo shows a tendency to depression, suicidal tendencies, unrestrained and explosive nature. The picture warns that communicating with such a person can be very dangerous, so you should always be wary.

The razor is predominantly part of the composition. She is rarely portrayed separately. Typically, the blade is positioned together with rose or traces of blood. Color solutions can be very different, but most often they are colored drawings. A separate blade or a full razor can be depicted.

The tattoo can be placed on the wrist, on the forearm, on the shoulder. This is a man's tattoo. Most often, such a tattoo indicates an unclean past. The razor is a typical symbol of old school tattoos. This tattoo should be treated with caution due to the strong negative energy.

More on the topic:  Best tattoos for men

Photo of blade tattoo on body

Photo of blade tattoo on hand 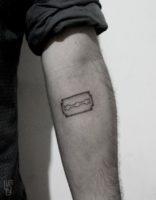 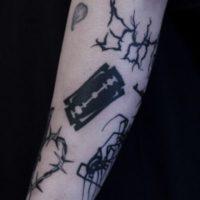 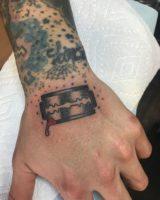 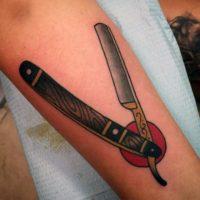 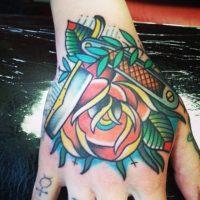 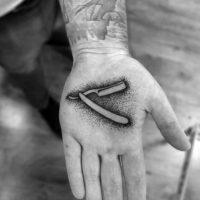 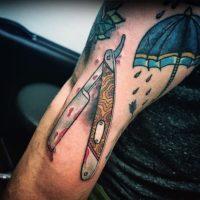 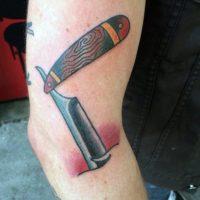 Photo of a blade tattoo on the leg 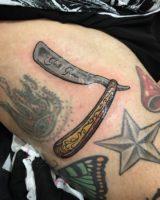 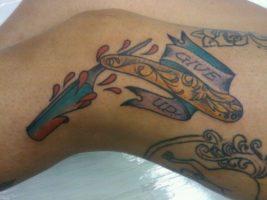 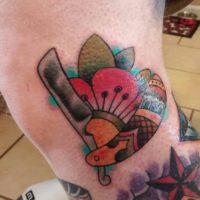 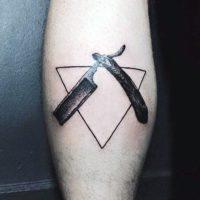 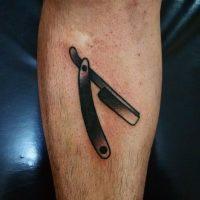 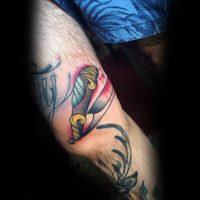 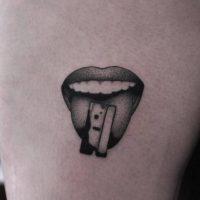 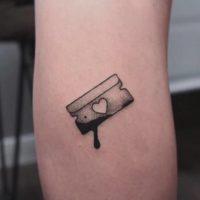