Leprechauns are mythical creatures glorified in literature and cinema. The symbol refers to Irish mythology, inspired by Celtic culture. The uniqueness of these characters can be traced in each photo of the leprechaun tattoo.

According to legend, leprechauns hid gold at the foot of the rainbow. Rarely did someone catch them. It was possible to find an elf by the sound of a hammer. It was necessary to keep an eye on the mythical creature, as the elf would often disappear.

Only then could the leprechaun show where he hid the treasure.

The elf had a chest in which he put his wealth. He carried two coins with him. It was believed that one coin was able to show the path to the treasure, and the second disappeared along with the little man. Elves have always been associated with a desire for money, as well as stealth and secrecy.

The meaning of the leprechaun tattoo

The meaning of the leprechaun tattoo represents wealth and good luck in life.

Typical traits of a mythical character:

The person who gets the leprechaun tattoo will gain financial luck. He can always be sure that his money will come back. The symbolism lies in the fact that the owner of such a drawing is obviously tuned in to good luck, and this is important in business. The advantages of tattoos are that they allow you to accumulate a sufficient amount of funds, and also protect you from theft.

The tattoo has no gender, but still men apply it more often than women. A leprechaun tattoo can be applied to any area of ​​the skin, even the belly, but since most people tend to gain and lose weight, a tattoo on the belly can lose its shape and appearance very quickly. The most popular places for tattooing are arms, legs, back.

Photo of a leprechaun tattoo on the body

Photo of a dad leprechaun on his hands 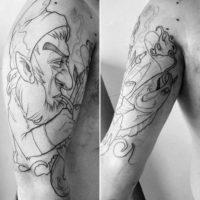 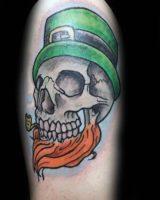 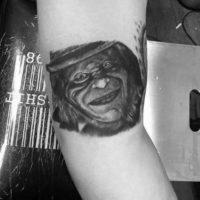 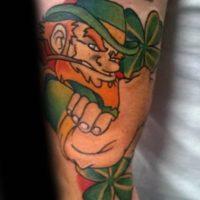 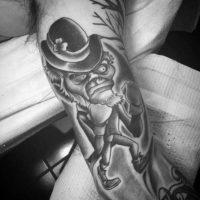 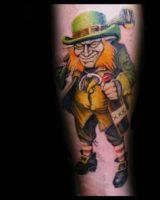 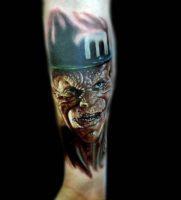 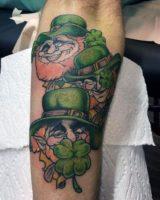 Photo of a leprechaun tattoo on the leg 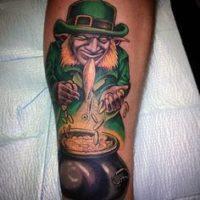 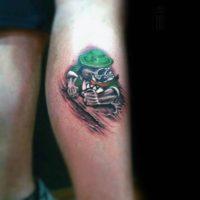 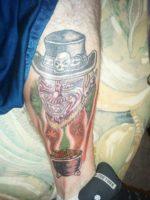 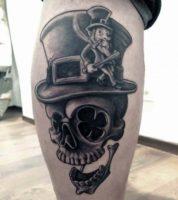 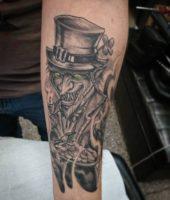 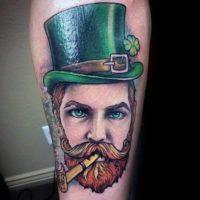 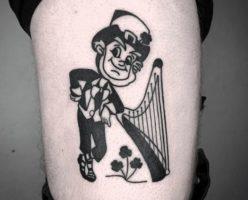 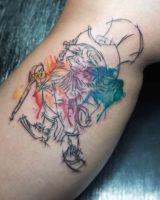