The maze is a long and confusing path with many obstacles.

The meaning of the labyrinth tattoo

Labyrinth tattoo has several meanings. On the one hand, this is an ancient sacred symbol that implies a certain doom. On the other hand, symbolism lies in the constant search for oneself, in the illusory nature of the lower world.

It can be argued that a person with such a tattoo is a fatalist who decided for himself that there is no way out of the current situation. This is a tattoo of wanderers, mystics, for whom the main thing is not the material world, but the spiritual one.

There are variants of the drawing when a point or some other symbol is depicted in the labyrinth. Thus, the owner of the tattoo shows either important events in life, or his place on the long and winding path to enlightenment.

The meaning of a labyrinth tattoo can be revealed in celtic symbolism and displays a difficult path full of obstacles. According to Greek mythology, only a strong personality, a brave hero who can resist any problem, can go through a difficult path.

The tattoo can be considered a kind of metaphor for the path. The center is always empty and denotes the pinnacle of development, spiritual enlightenment, and the movement towards the center is always complex, tortuous and filled with obstacles. The drawing demonstrates that only one path is true, and by finding it, a person will receive peace of mind.

Photo of a labyrinth tattoo on the body

Photo of a labyrinth tattoo on the arm 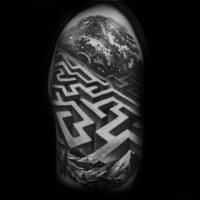 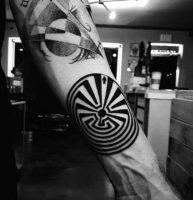 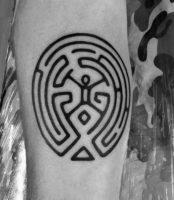 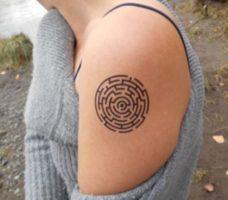 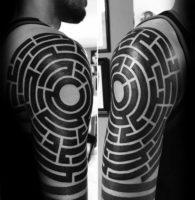 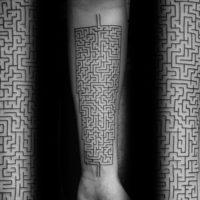 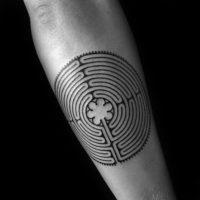 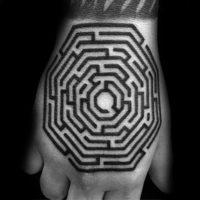 Photo of the labyrinth tattoo on the leg 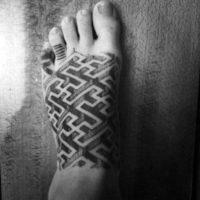 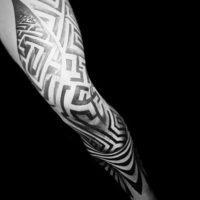 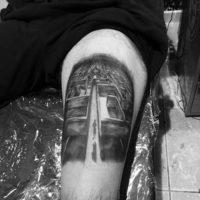 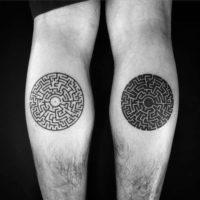 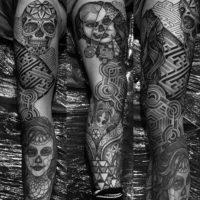 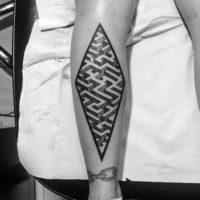 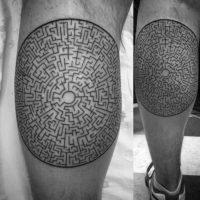 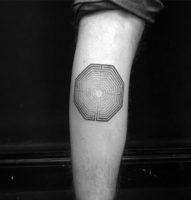