When choosing a design for a tattoo, people most often seek to emphasize their inner world, show any character traits or worldview, and draw attention to their personality. The puppeteer tattoo is a vivid example of such an image on the body. It is unlikely to be able to leave anyone indifferent to its owner.

The meaning of a tattoo puppeteer

People who choose this image fall into two categories:

Thus, a puppeteer tattoo, the meaning of which at first glance seems unambiguous, can have a different interpretation. In any case, a person who chooses such an unusual pattern to decorate his body can be considered an interesting person. Such people are clearly not indifferent to high matters, they like to reflect on the life and motives of the actions of others.

The puppeteer is a tattoo that requires enough space, so it is most often applied to the forearm, side or back. Both color and black and white versions of the picture look equally good. Be prepared for the time-consuming process to apply the image. It is worth noting that such tattoos are most often chosen by representatives of the strong half of humanity.

More on the topic:  Photos of knight tattoos

Photo of a puppeteer tattoo on a body

Photo of a tattooed puppeteer on his feet 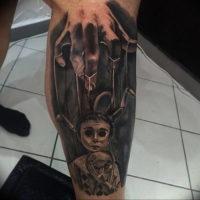 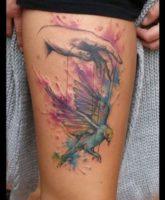 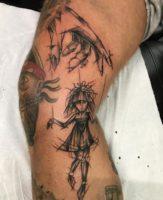 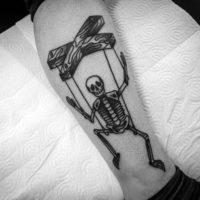 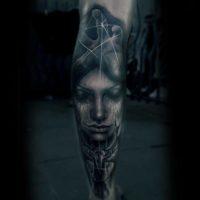 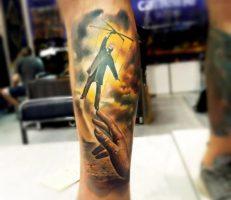 Photo of a daddy puppeteer on his hands 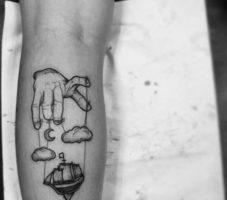 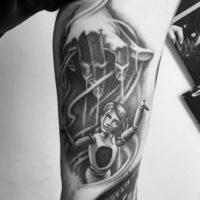 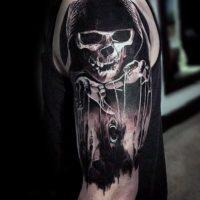 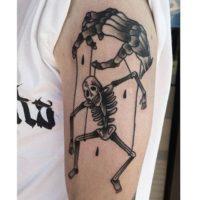 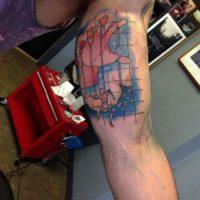 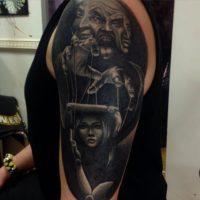 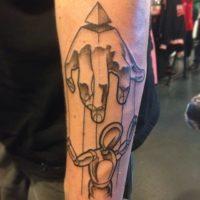