The Rubik's Cube itself was invented relatively recently, in 1974. The essence of this puzzle is to group squares of the same color. The process seems simple only at first glance. In fact, you have to try very hard to have only one shade on each side of the figure.

In the art of tattooing, such drawings have several meanings:

Wearable images of the Rubik's Cube are laconic, but at the same time versatile. If the cube in the figure is only half-assembled, this means that the person has not yet solved his life tasks, has not achieved all goals. The figure with the absence of some fragments symbolizes the unsolvability of situations that must be overcome.

Photo of rubik's cube tattoo on the head

Photo of rubik's cube tattoo on the body 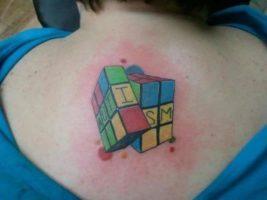 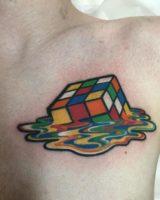 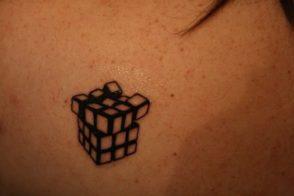 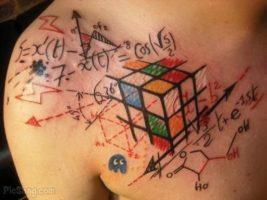 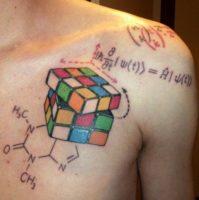 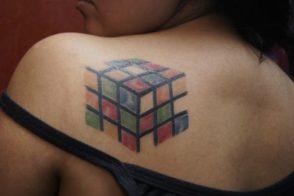 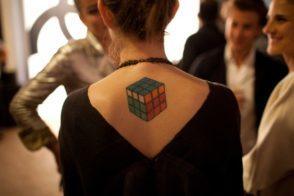 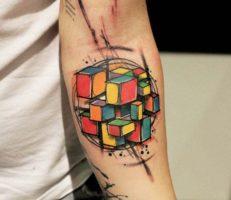 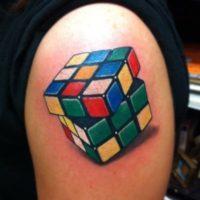 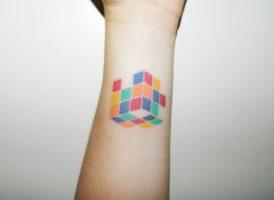 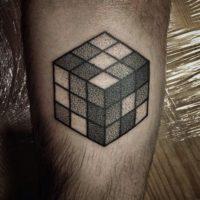 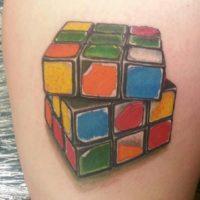 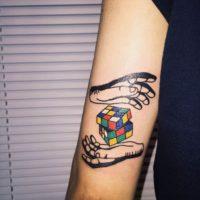 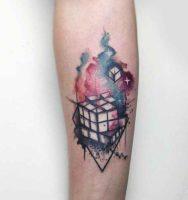 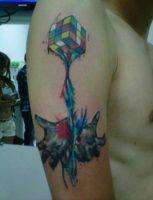 Photo of rubik's cube tattoo on the leg 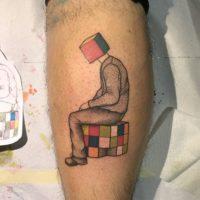 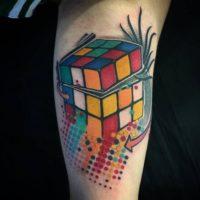 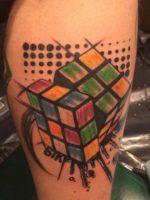 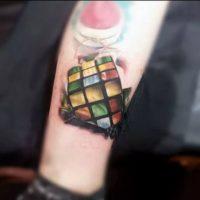 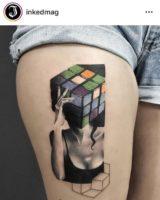 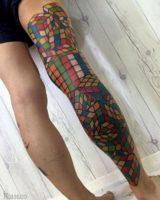 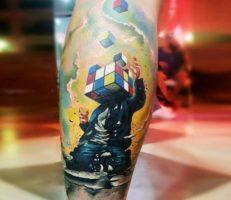 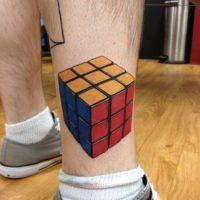