At first glance, a crab tattoo may seem rather unusual, but in fact, this image carries a truly deep meaning.

The meaning of the crab tattoo

The crab, as a sea creature, symbolizes, first of all, the benevolence of the water element, the patronage of the sea gods. Historically, images of crabs were especially popular in the East. The crab gave protection to sailors and travelers, protecting them from adversity and dangers on the way. The Egyptians believed that the crab is a symbol of renewal and rebirth, in Greece, he was credited with a connection with higher powers that support people in their endeavors. The Incas were inclined to see the danger in crabs: it was believed that it was the crab that tears off a piece from the moon every night, forcing it to turn into a month.

The meaning of a crab tattoo can be interpreted from two sides:

Crab designs are more often chosen by men to decorate their bodies, but this is also a good idea for a brave and purposeful girl who wants to emphasize her strength and independence. The crab will look good both on the forearm and on the back (especially if it is located symmetrically relative to the spine). It is also a good option for such a tattoo on the calf or on the wrist.

Photo of crab tattoo on body

Photo of a crab tattoo on the arm 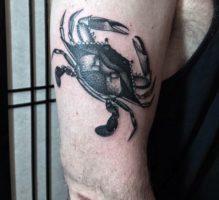 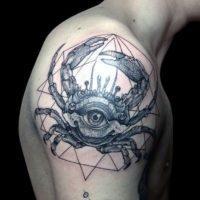 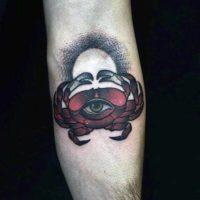 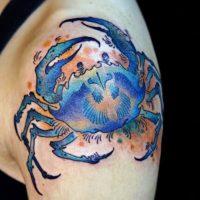 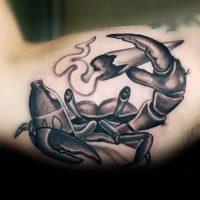 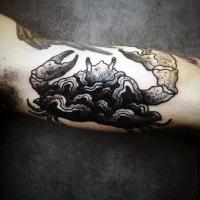 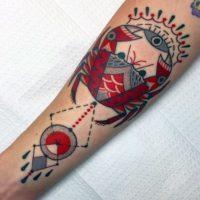 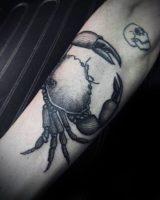 Photo of a crab tattoo on the leg 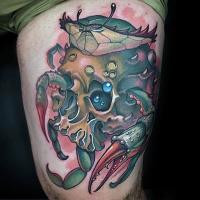 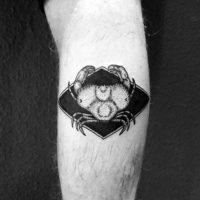 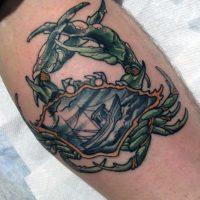 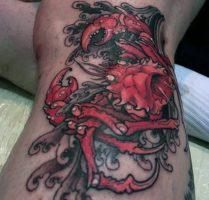 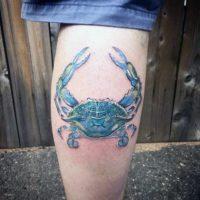 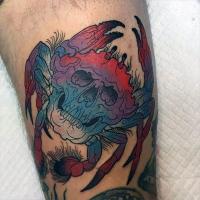 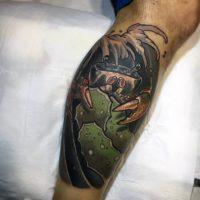 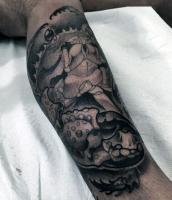