Outer space has always attracted a person with its unknowingness. This is probably why the tattoo space is chosen for themselves. natures are dreamy, romanticwho tend to see more in things than ordinary people.

On the other hand, space is not alien to realists either, because it is this vast space that symbolizes the world mind and order. People who prefer a space tattoo definitely have a rich inner world.

The meaning of the parade of planets tattoo

The meaning of tattoos in the style of "space" with the image of stars can be different:

In addition, each person can put some kind of meaning into a particular image, relying on life experiences and personal associations.

Tattoo sleeve in the style of "space" are often performed in the form of any specific constellations or planets, each of which has its own meaning and influence on the fate of a person. Another common place for tattooing space is the back. Men choose large-scale paintings with many elements, while women are more often limited to smaller drawings.

It is worth noting that small star on the wrist considered a symbol of gay people.

Photo of a tattoo depicting space on the body

More on the topic:  Photos of henna tattoo on hand

Photo of a tattoo depicting space on the leg 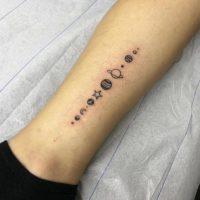 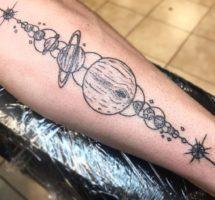 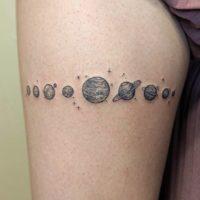 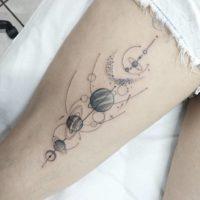 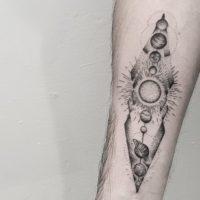 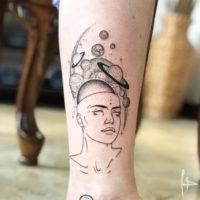 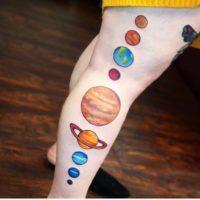 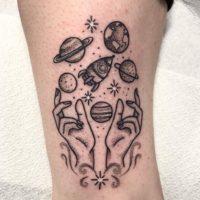 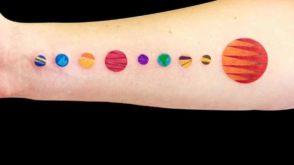 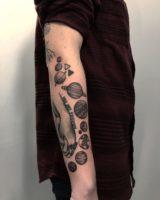 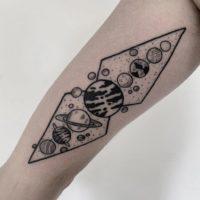 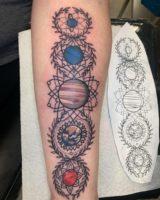 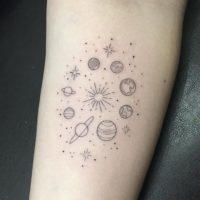 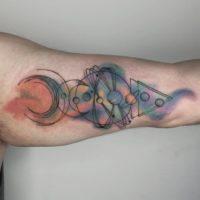 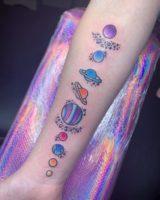