Since ancient times, sea wolves have been tattooing not only for decoration. Such marks on the body of a sailor made it possible to identify after a ship wreck.

The honors that must correspond to the funeral of a sailor have always been observed unquestioningly. Everyone who went to sea, in order to avoid confusion, had to have a tattoo.

Nevertheless, today the meaning of the ship tattoo is significantly transformed and not as unambiguous as it was a couple of hundred years ago.

The meaning of the ship tattoo

The ship tattoo is known for its precise definitions regarding significance. Overcoming Cape Horn, which is the most difficult for ships to pass, the sailors impaled themselves a picture of a sailing ship. This meant that the tests were passed.

Depicting a ship with a sail going to the bottom, the sailors considered themselves not entitled to forget about unpredictable deep sea and rely on your luck.

It was to attract good luck that sea wolves stuffed tattoos on their bodies. As for the prison symbolism, the meaning of the ship tattoo was rather prosaic. Such a drawing on the body of a prisoner could indicate a thief-guest performer, a desire to escape at any cost.

It is clear that there are no pirates in the sea for a long time, and the sea wolves no longer rely on the gods of the seas to return home safely. Meanwhile, the ship tattoo has several symbolic meanings.

The raised sails on the ship depicted symbolize prosperity, happy changes, and the search for the best. Such a drawing will be quite suitable for those who are related to creativity. The meaning of the tattoo is the desire to change places, self-determination.

Places of tattooing a ship

Volumetric raster decorations that complement the ship's performance are suitable for permanent, reliable men. You can depict such a tattoo on any part of the body, everyone chooses the location of the picture himself.

A ship tattoo on the leg is often done by girls who want to focus on the hips. The image is often applied precisely to the front surface.

A photo depicting a variety of ships gives an opportunity for a flight of imagination, both to the customer and to the master, who is able to fulfill any wish of the customer. Therefore, we suggest you start browsing our collection!

Photo of ship tattoo on body

Photo of ship tattoo on hand 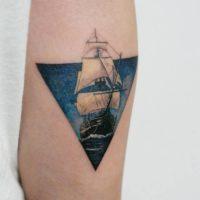 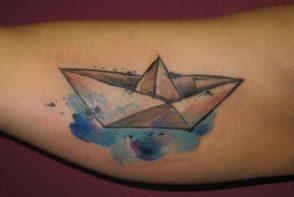 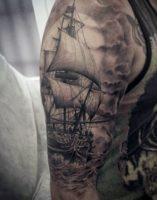 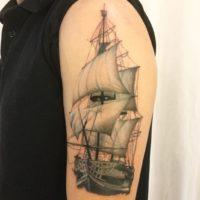 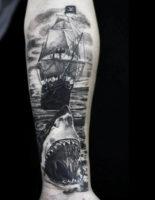 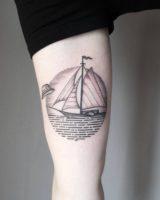 Photo of a ship tattoo on the leg 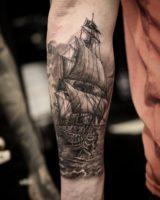 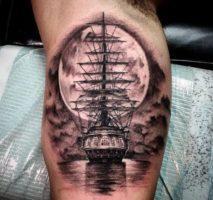 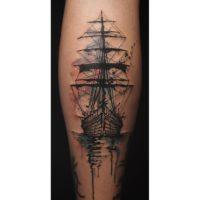 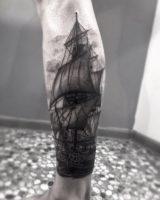 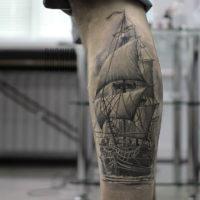 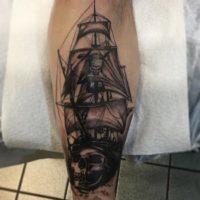 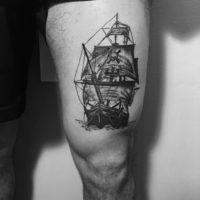 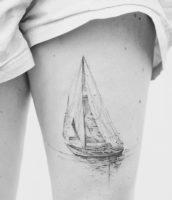