Cannabis tattoos, at first glance to an uninitiated person, can only have one meaning: it is often believed that the owner of such an image uses marijuana. In fact, behind the images of cannabis (this is the official name of this plant) there is a whole culture and worldview that does not at all oblige a person to smoke weed.

The meaning of the cannabis leaf tattoo

We are talking about the rastaman theme in the art of tattooing. By itself, the culture of the followers of the god Jah includes several aspects:

Followers of the Rasta culture often choose cannabis leaf tattoos to emphasize their worldview and stand out from the crowd. Such a person certainly has a rich inner world, his opinion on various issues often differs from the generally accepted one.

It should be noted that marijuana tattoos are the choice not only those who like to smoke weed and people involved in Rasta culture in general. Often cannabis leaves can be seen on the bodies of those who consider themselves an opponent of conventions, those who want to challenge society and designate their freedom from imposed values. Only really strong-minded people, free internally, are capable of such a provocation.

In addition to a tattoo depicting marijuana, there are many options to indicate your involvement in this culture. It can be directly tattoos, which depict cannabis, and stylized tattoos, on which marijuana takes the form of a bizarre animal, human or alien creature. Tattoos with the chemical formula of marijuana (tetrahydrocannabiol) are also common.

More on the topic:  The meaning of the Kokopelli tattoo

A person who wants to decorate his body with a hemp tattoo should still take into account that not everyone is ready to adequately treat such images, therefore it is better to fill such a tattoo in a place that, if necessary, will be easily hidden under clothes. This is especially true for those who work in any serious companies and government agencies. 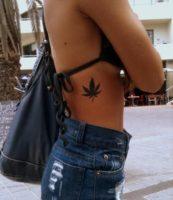 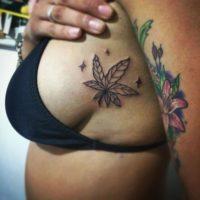 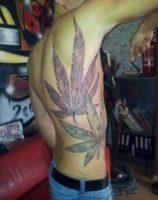 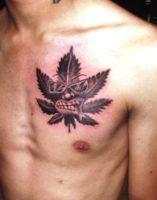 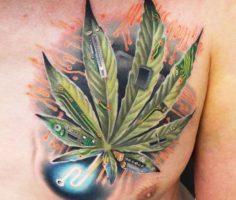 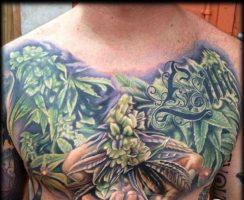 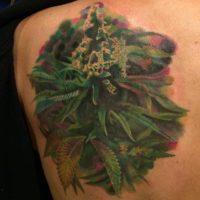 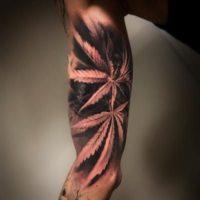 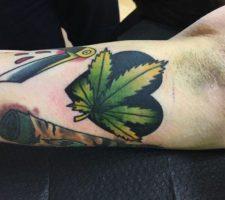 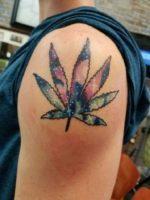 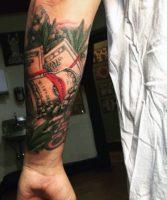 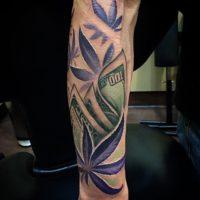 Photo of a cannabis leaf tattoo on the leg 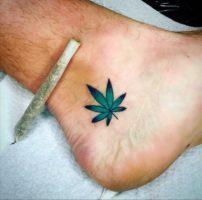 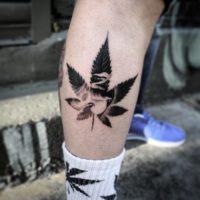 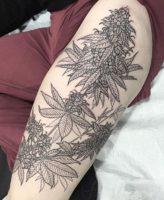 More on the topic:  Tattoo ornament 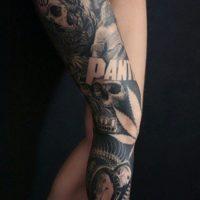 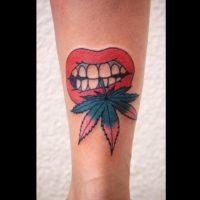 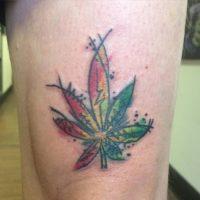