Horror tattoos, like the horror genre, are not to everyone's liking. Such images are characteristic of brave and fearless personalities, since the main characters of such tattoos are various monsters: zombies, vampires and other supernatural creatures.

On the one hand, a horror tattoo evokes extremely negative emotions in others, but on the other hand, a tattoo of this kind causes delight and special adoration. It is precisely such ambivalent feelings that are inherent in such unique tattoos.

A significant contribution to the promotion of such drawings was made by literature, namely Stephen King, according to whose stories more than one motion picture of this genre was filmed. The reality of the main characters, and those genuine emotions that were caused by such works, became fundamental in the birth of tattoos in the style of horror.

The size of the tattoo is one of the key parameters for choosing a design. A small tattoo is not able to convey all the fear and fear in full. Such a tattoo should scare and cause fear due to its size and due to its realism. The arms, legs, or back are excellent options for tattooing on the body.

Who is a horror tattoo suitable for?

Choosing such a tattoo, it is important to carefully weigh the pros and cons. Such a sketch will clearly arouse indignation among the majority, as such an image simply causes rejection because of its defiant appearance. Secondly, such a tattoo can become boring, so you should wait a while before getting a tattoo. If the desire is not lost, then you can beat.

More on the topic:  Tattoo microphone

Such images are also very frightening not only for adults, but also for children, so the back and calves can be called the optimal places for a tattoo, so that at any time there is an opportunity to hide the drawing.

Horror tattoos are often done by men rather than women. This is because such a sketch does not have a drop of femininity in it. This style prevails among young men and fans of horror films.

Photo tattoo horror on the head

Photo of horror tattoo on body 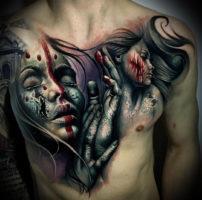 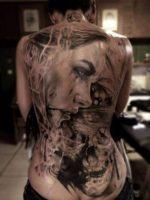 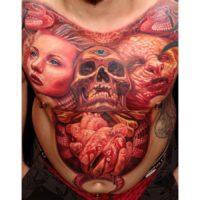 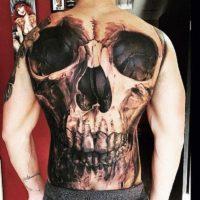 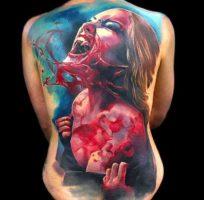 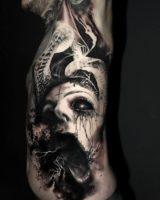 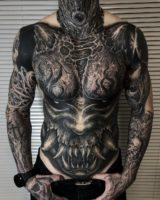 Photo of horror tattoo on hands 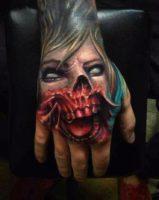 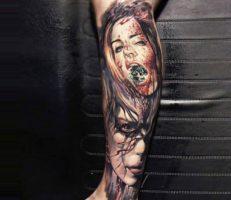 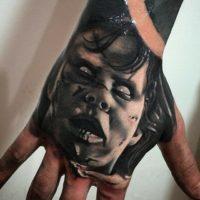 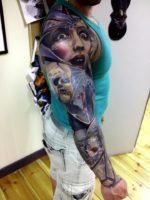 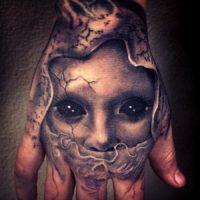 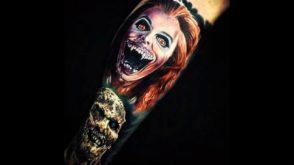 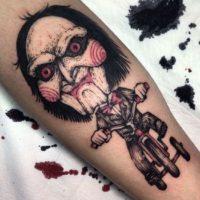 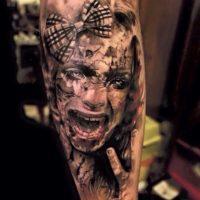 Photo of horror tattoo on legs 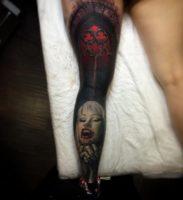 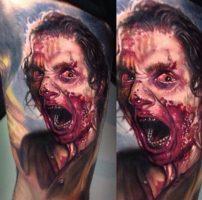 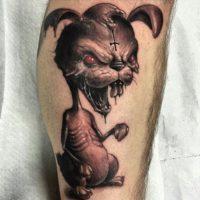 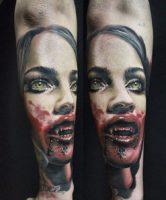 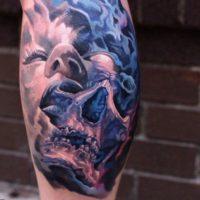 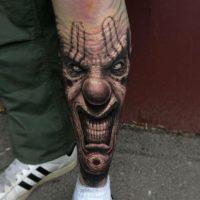 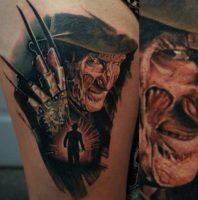 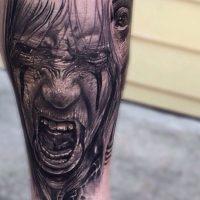