In ancient times, the stone was considered the keeper of the most important information, a symbol of the center of the world. The legends that have come down to our time say that the earthly firmament in the world's oceans was formed from small pebbles.

The meaning of a stone tattoo

Among the Aztecs, the stone sign symbolized the sacrificial table on which offerings were made to the sun god. In Christianity, such drawings mean the truth, the strength of Christian dogmas. The Apostle Peter is associated with a stone. It is characterized as a symbol of the support and steadfastness of religion.

Today, wearable images of the stone have changed significantly, although they have retained their original meaning. Today's tattoos are more imitating inscriptions or symbols engraved on a stone surface.

Places of tattooing a stone

To create such a drawing requires a high professionalism of the master and several sessions of work. Such an image is mainly done by a man on the forearm or back.
These underwear means:

Representatives of the strong half of humanity, who want to emphasize their courage and resilience in relation to the chosen path, decorate the body with such works.

Photo of stone tattoo on body

Photo of stone tattoo on hand 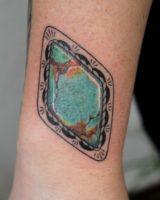 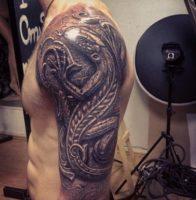 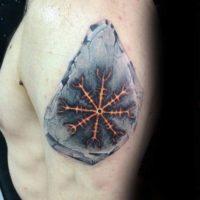 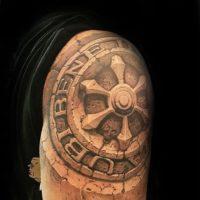 More on the topic:  Photos of male tattoo inscriptions on the forearm 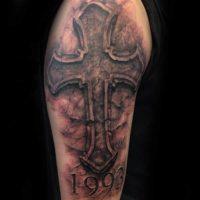 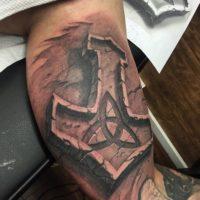 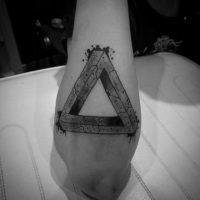