The main symbol of the bird's fever tattoo, of course, will be rebirth and immortality. This is how this original and striking tattoo is characterized. However, if we compare the Slavic fever of the bird with the phoenix, which it personifies, then we can supplement the symbolism with infinity and eternity.

Some peoples consider the firebird tattoo a symbol of cyclicality. After death, there is a new birth or even rebirth to life. This explains the many tattoos with this wondrous bird among the Egyptians, Slavs (Rodians) and other peoples who believe in reincarnation.

It is this definition that can be called a comparison of the heat of a bird with fire or the sun. In this interpretation, it becomes more "material", symbolizing life itself or that which gives it - the Sun.

If you study Slavic beliefs more deeply, then a feather tattoo of a bird's fire will mean amulet that protects from evil spells, witchcraft or commonplace evil eye. It is not for nothing that in numerous legends and epics the feather of a bird is mentioned as a talisman that protects the protagonist and helps in the battle against evil.

According to the same legends, the very heat of the bird easily defeats the most powerful rivals and returns goodness and grace to the earth. In that vein, a firebird on the shoulder or side will denote a symbol of rebirth to life, prosperity and prosperity.

Where and to whom to get the feverbird tattoo?

This tattoo does not have a specific place that would be recognized by all peoples. And the symbolism itself does not say where you need to get a tattoo so that it plays the role of the same amulet or allows you to achieve a more desirable and "global" goal - reincarnation. However, there are several places where this bright and eye-catching tattoo is most often done.

More on the topic:  The meaning of a lantern tattoo

On the shoulder, the firebird, looking forward, will warn of danger, protect and come to the rescue. A similar situation is with the neck, where it can play the role of an angel protecting and protecting the owner of such a tattoo.

Considering the meaning of the bird's fever tattoo, its belonging should also be emphasized. It seems that a bright picture is more inherent in the female sex, however, men also do it for themselves. Moreover, you can even fill it on the feet or the back of your hand, creating an original drawing, albeit a small one.

Remarkably, the cyclical nature of life and the replacement of the old with the new also allows older people to get a tattoo. It is they, who are wise in life, who understand that it is time for everything to change, renew and give way.

This understanding is also consistent with the legend of the phoenix, the western version of the fever of the bird. Studying what the firebird tattoo means, you will definitely find a legend in which the phoenix himself prepared a bed of fragrant herbs and burned himself for rebirth. Three days later, a new or renewed bird was born in this nest from the ashes, which kept in itself all its past lives and knowledge.

Probably, it is this legend that speaks of another symbol of the bird heat tattoo - wisdom. Living for 500 years, and then, again reborn from the ashes with all the knowledge, nothing else can be called a wise and eternal bird.

Photo of firebird tattoo on head

More on the topic:  What does a bull tattoo mean?

Photo of firebird tattoo on body 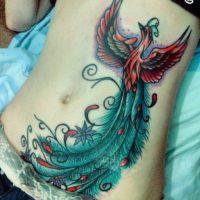 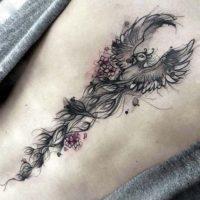 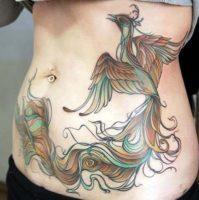 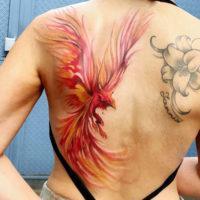 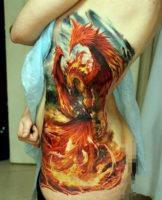 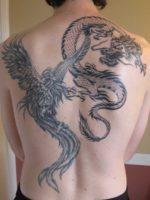 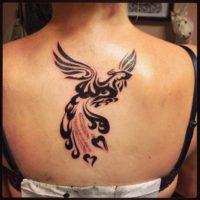 Photo of firebird tattoo on leg 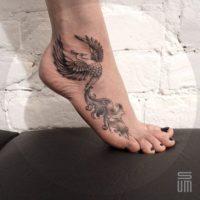 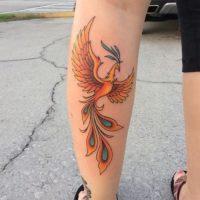 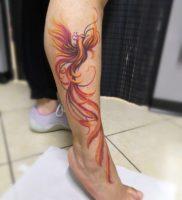 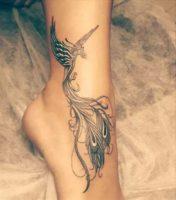 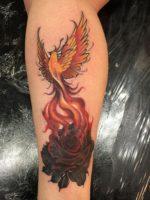 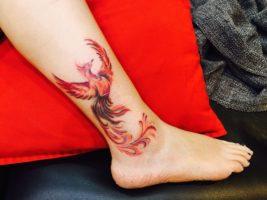 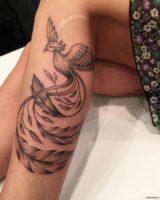 Photo of firebird tattoo on arm 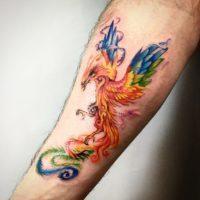 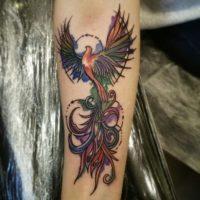 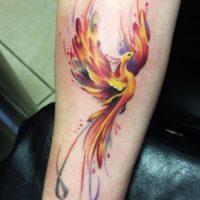 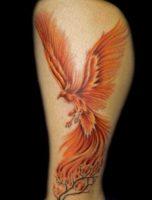 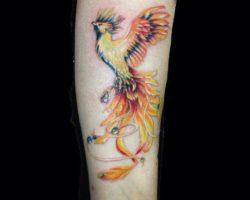 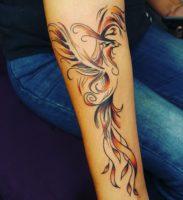