Since ancient times, humanity has been decorating its body with various drawings. Previously, they had a sacred meaning. They were made to attract good luck and scare away evil spirits.

Nowadays, tattoos are most often applied from an aesthetic point of view. But still, before you make a tattoo, you should find out about its meaning. For example, the meaning of the iris tattoo has a rich semantic content.

The meaning of the iris tattoo

There is a legend according to which this flower was the first to bloom after the creation of the world. He conquered with his beauty not only animals and birds, but also wind and water.

They gathered to look at the beautiful plant, and when the iris bloomed and seeds appeared, the wind and water carried them all over the earth. If you want to look equally dazzling, you should pay attention to the iris tattoo.

In Greek mythology, this plant was associated with feminine and goddess Irida... She was a guide for female souls to the underworld. She could pass from the side of darkness to people in the form of a rainbow, she was considered a divine messenger. Iris in translation therefore means: "rainbow".

According to Christians, iris is a symbol of purity. According to ancient legend, the archangel Gabriel presented it to the Virgin Mary. In England, iris is the embodiment of dignity.

It was placed in a personal seal, and in France it is completely part of the state press. The traditional meaning of the iris tattoo: wisdom, courage and faith.

It is also worth considering that the symbolism of this flower can change depending on the color:

More on the topic:  Tattoos with objects

Most often, the iris tattoo is applied to women. On a beautiful girlish skin, it looks graceful and elegant. Fits almost anywhere on the body. Due to the size, the tattoo can be on the shoulder, back, lower back, wrist.

Photo of an iris tattoo on his hands

Photo of iris tattoo on the body 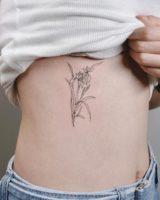 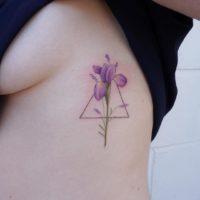 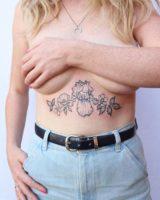 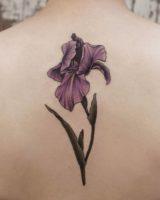 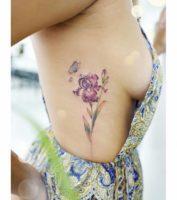 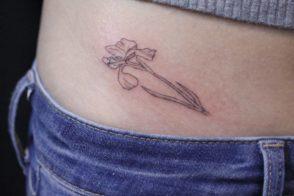 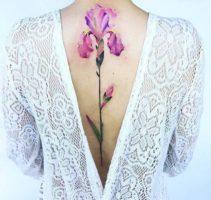 Photo of an iris tattoo on his feet 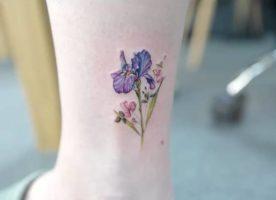 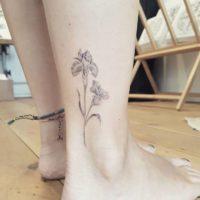 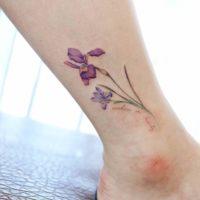 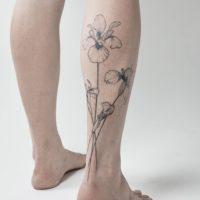 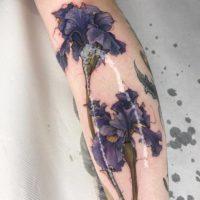 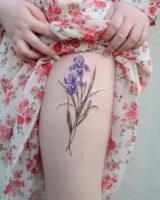 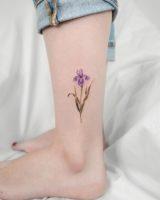