A husky dog ​​tattoo on the shoulder or on the leg is a symbol of loyalty, courage, courage, sincerity. Many peoples considered these animals to be faithful companions accompanying man. The ancient Slavs believed that the dog had a supernatural gift for predicting the future. That is why such tattoos have long been considered a talisman that protects a person from evil spirits.

The husky breed lives in harsh conditions. it hardy and strong breed... She never gives up, aspiration is in her blood. At the same time, dogs of this breed are distinguished by their quick wit and individual character. People lack these qualities, so they make themselves tattoos with the image of such a wonderful animal.

What does a husky tattoo mean?

Husky tattoos are made by people who primarily like this breed. Husky falls in love with almost everyone with his sky-blue eyes. They live in northern countries, so it is not surprising that our husky tattoo is done by those people who are somehow connected with Siberia.

The husky tattoo reflects the qualities that this dog has - forward movement, endurance, thirst for adventure. A meaningful look makes you wonder, maybe she really understands everything? There is something mysterious, mystical in these eyes that does not leave us alone.

Another meaning of a husky tattoo is memory of a four-legged friend... Sentimental owners make a tattoo with a portrait of their favorite animal.

What part of the body is tattooed on?

In most cases, people get tattooed in the form of a portrait of a husky on the shoulder, thigh, or on the calf muscle. Where there is more workspace for the future drawing. Styles can be different, from realism - style, with photographic accuracy of the image, to Old Shool - a classic tattoo.

More on the topic:  Tattoo inscriptions in italian with translation

Photo of a husky tattoo on the body

Photo of a husky tattoo on the arm 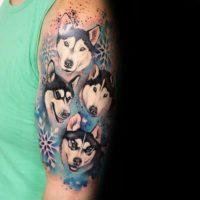 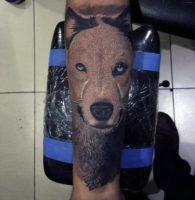 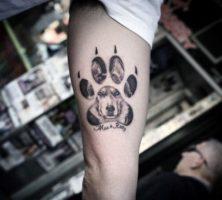 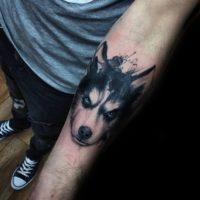 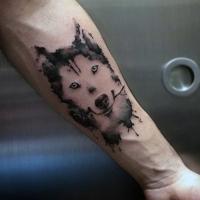 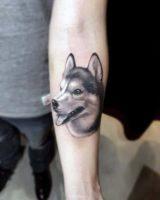 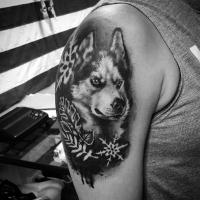 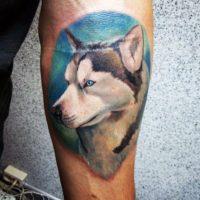 Photo of a husky tattoo on the leg 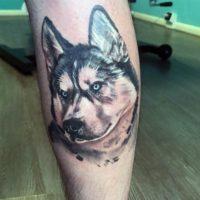 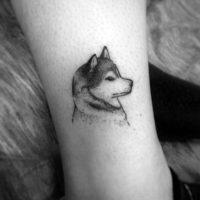 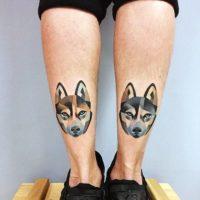 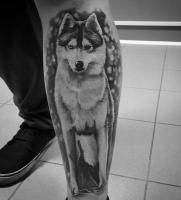 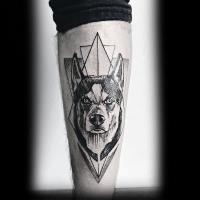 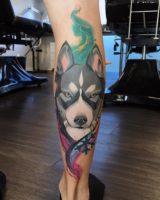 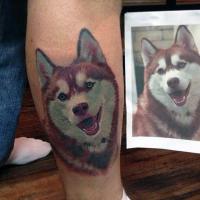 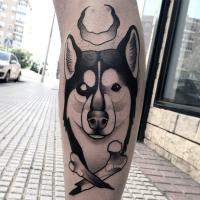