The mythical animal, combining the strength of a lion and the swiftness of an eagle, was known in antiquity.

Coats of arms, household items and architectural monuments were decorated with the image of a griffin. In Europe, the griffin was considered a positive, sunny creature, often opposed to the symbol of evil and night - the dragon.

The main qualities of a griffin are strength, nobility, retribution and vigilance. The ancient Greeks considered him a messenger of the gods. The inhabitants of Ancient Rus loved to depict the griffin on the walls of their dwellings. In late Christianity, the griffin was associated with the heavenly element.

In any case, by applying an image of a griffin to the body, you are making a claim about your originality and noble origin.

The griffin is applied to various parts of the body, but preference is given to the chest and shoulders - this is a tribute to the heraldic tradition, when the heraldic beast was placed in prominent places. A tattoo with a griffin is ordered by men and women with a firm and noble character, often representatives of the paramilitary professions.

Photo of a griffin tattoo on the body

Photo of a griffin tattoo on his arm 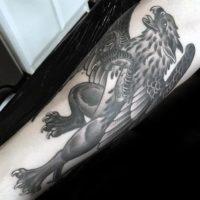 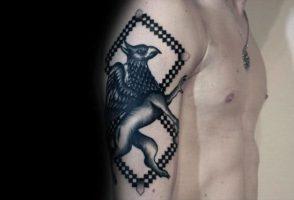 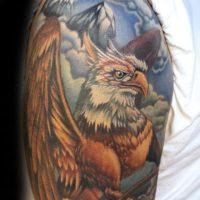 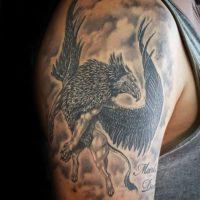 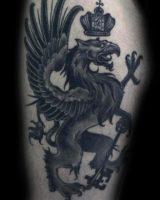 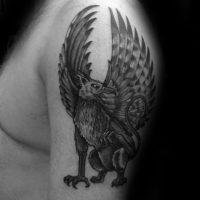 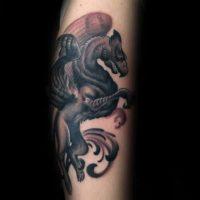 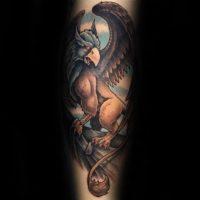 Photo of a griffin tattoo on his leg 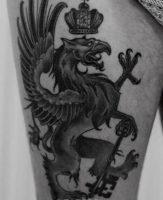 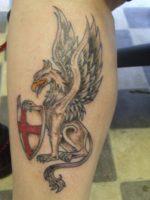 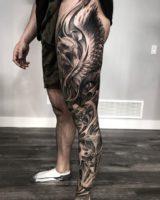 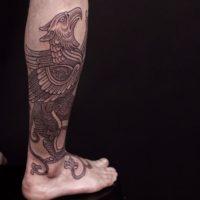 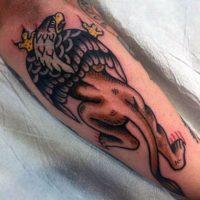