Civilization is developing, creating new symbols that confidently take their place in many areas of human life. New symbols have appeared in the tattoo as well.

A combat hand grenade is a fairly common image in modern tattoo art. The reasons for its popularity lie in the significant militarization of modern society, caused by the ongoing wars and local conflicts around the globe.

The pomegranate tattoo is one of the few symbols that has the same meaning in all cultures and societies. At the sight of a grenade immediately appears association with military service and weapons.

The pomegranate tattoo is a relatively young tradition, therefore it does not have strict canons. A natural, almost photographic image that observes all the subtleties and characteristic features, as well as a stylized drawing in old school, can be used.

Each master has a huge number of pomegranate tattoo designs for every taste. In our photo gallery you will see the significant variety that this seemingly unpretentious plot possesses.

The meaning of the pomegranate tattoo is more than specific: the owner of such an image signals his explosive and aggressive... Another meaning of a tattoo could be the love of weapons.

There are no special rules indicating where to apply such a picture. An interesting idea would be to place it in the wrist area or make it hang on garter somewhere in the shin area.

As a rule, it is not military personnel or special forces soldiers who stuff themselves with a grenade, but people who have not served, and sometimes even minors.

Well, why not? Initially, the symbolism was positioned as absolutely masculine, but this cannot be called a strict rule.

Photo of a pomegranate tattoo on the body

More on the topic:  Cloud Tattoos

Photo of a pomegranate tattoo on the arm 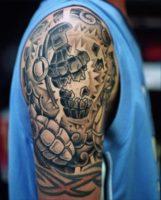 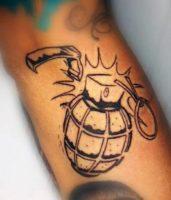 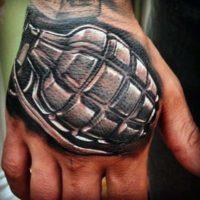 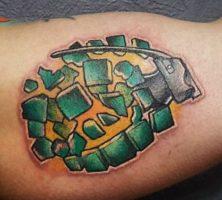 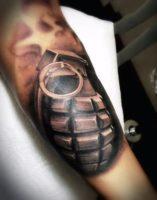 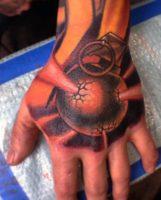 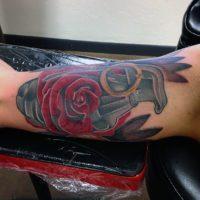 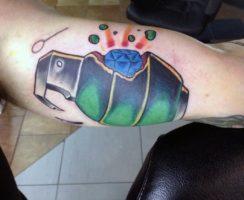 Photo of a pomegranate tattoo on the leg 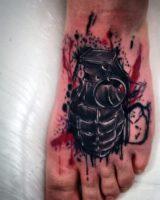 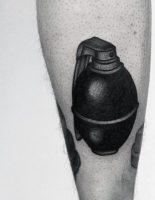 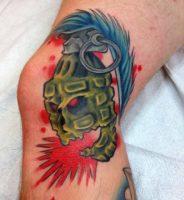 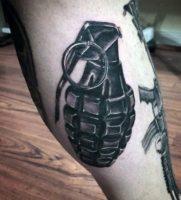 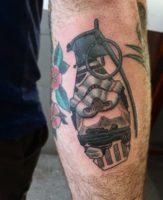 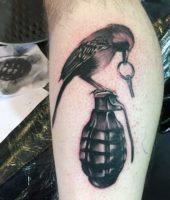 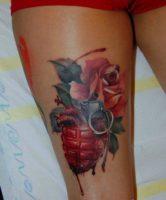