The flamingo is a beautiful, colorful bird that prefers to stand on one leg. Her eyes are known to be larger than her brain. The Egyptians considered flamingos a sacred bird. The ancient Egyptian sun god Ra is depicted in old frescoes with the head of this feathered and the body of a man. In Europe, the bird symbolized love, naivety and frivolity, the inability to live independently, without someone else's love and care.

The meaning of the flamingo tattoo

For Americans, the flamingo was a symbol of stupidity and tastelessness. Pink plastic birds were worn by people instead of necklaces or other jewelry, who decided to surprise their envious neighbors. Nowadays, a flamingo tattoo is environmentalist symbol, therefore, such a tattoo is very often chosen by the leaders of such movements.

A tattoo with a pink flamingo is made not only by women, but also by men. There are two completely opposite meanings of a flamingo tattoo:

How and where can you depict?

A picture of a flamingo is often pierced on the forearm or lower leg. Less often, a tattoo is done on the back, side. The bird is depicted both singly and in pairs. Tattoos with two birds are chosen by more women than men. This tattoo fits for loyal and romantic people.

A colored tattoo with a picture of a flamingo will be the perfect attribute of the image of extravagant, self-confident people. If a person considers himself domineering and intelligent, then he needs to get a tattoo in the ethnic Egyptian style, corresponding to the canons of that time.

A flamingo tattoo is quite rare, so its owner will certainly attract special attention and genuine interest.

More on the topic:  Trash polka - tattoo for rebels

Photo of flamingo tattoo on head

Photo of flamingo tattoo on body 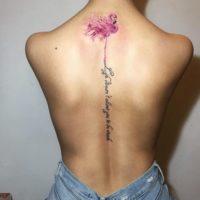 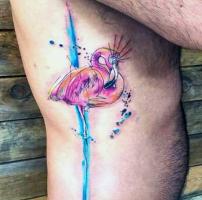 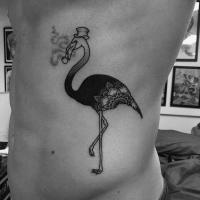 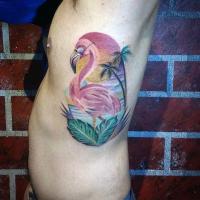 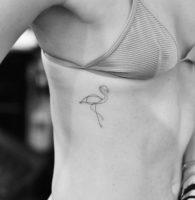 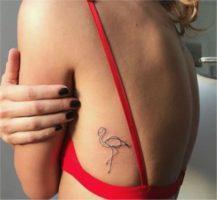 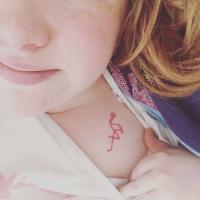 Photo of a flamingo tattoo on his hands 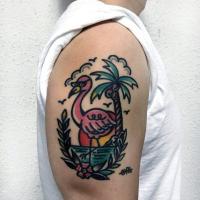 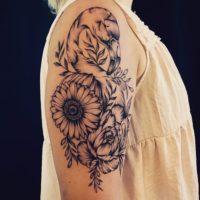 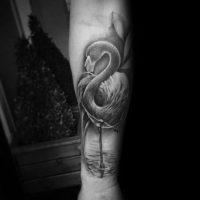 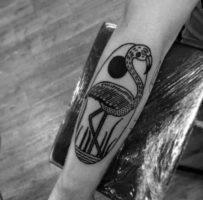 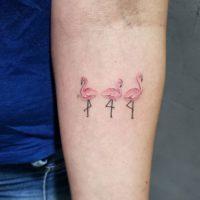 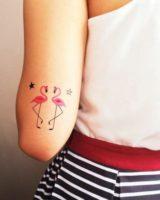 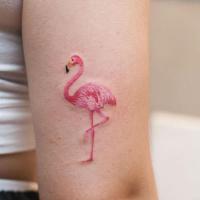 Photo of a flamingo tattoo on his feet 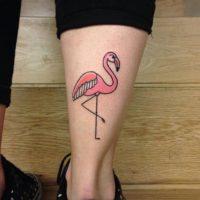 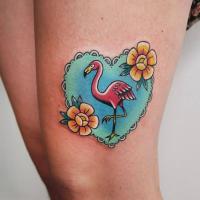 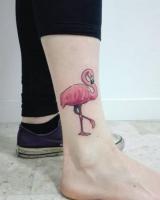 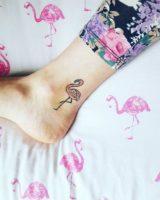 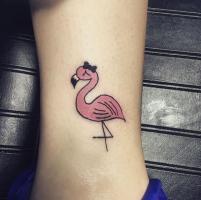 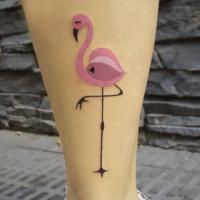