A raccoon tattoo in our country not so long ago could not be found among the clients of salons and studios. But among the American Indians, such a drawing has been famous for a long time.

Legends and stories were dedicated to the heroism and fearlessness of this animal. The Indians liked raccoons, learning about the world by scratching it with tiny claws. Sketches of raccoon tattoos today are most often done in color.

The meaning of the raccoon tattoo

It is impossible to unequivocally answer the question: what does a raccoon tattoo mean? If the animal is depicted in dark colors, and on its face there is a black overlay, perhaps the author meant loneliness and finding a way. The animal has many positive qualities: what is only its accuracy, the raccoon tries to wash any food in water. For this feature of his behavior, the animal is also called a strip.

The raccoon's intelligence is so developed that they are easily trained and trained. Given the peculiarity of leading a nocturnal lifestyle, many people assume that this is a kind of symbol - the ability to consider the explicit and hidden image of a person.

Accordingly, the meaning of a raccoon tattoo is twofold: on the one hand, such a harmless animal, on the other - veiled personalitytrying to hide the negative sides under the guise of simplicity.

Summing up, we can draw the following conclusion. For most of our readers, a raccoon is almost a fairytale character from childhood. They read about him, heard about him, but the majority did not have to see him live. Therefore, to describe the image of this cute animal, we most often resort to imagination. All this resulted in the fact that the raccoon tattoo is most often depicted in a cartoon, illustrative style. Check out our gallery of photos and sketches and see for yourself!

More on the topic:  Тату finished

The drawing can be applied to different parts of the body, depending on the size of the picture: on the chest, thigh, back, shoulder or abdomen.

Photo of raccoon tattoo on body

Photo of a dad unit on his hands 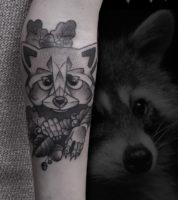 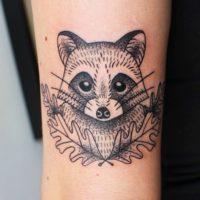 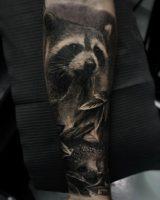 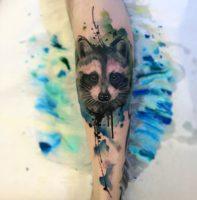 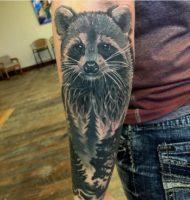 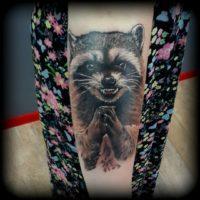 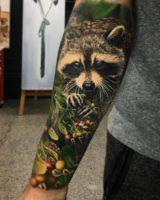 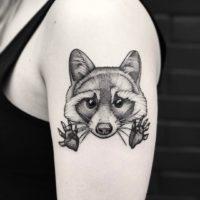 Photo of tattoo units on legs 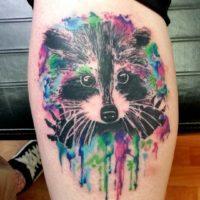 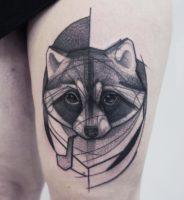 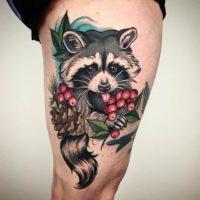 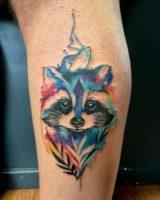 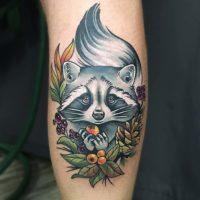 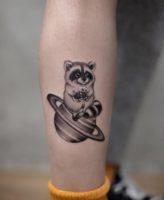 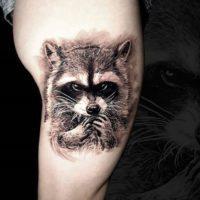 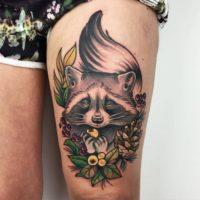